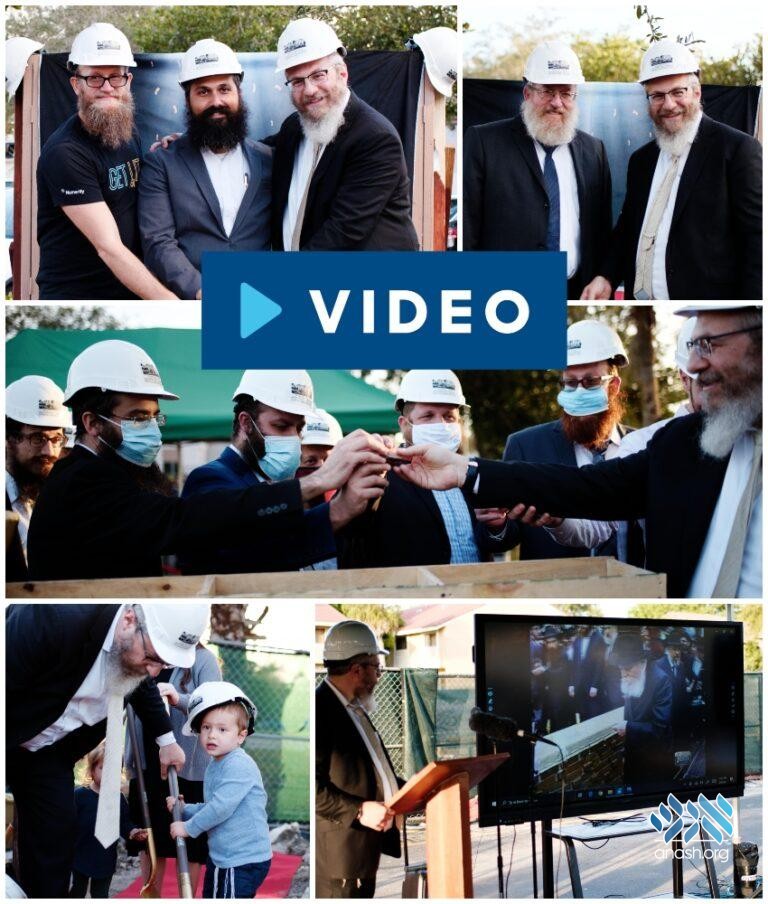 The groundbreaking ceremony for Rohr Bais Chaya Academy’s new ‘Life House and Residence Hall’, was held on the yahrzeit of Rebbetzin Chaya Mushka. The foundation stone was built with pieces of brick that were part of the Rebbe’s Sukka.

Rohr Bais Chaya Academy in Tamarac, Florida, marked Chof Beis Shevat, the yahrzeit of its namesake, with a groundbreaking ceremony for the addition of a new building, named the Life House and Residence Hall.

The new expansion heeds the Rebbe’s call on Chof Beis Shavat 5749, where the Rebbe requested “to increase the establishment of new institutions in her name and merit.”

The event began with a video of the Rebbe at the groundbreaking for the expansion of 770, where the Rebbe explains the spiritual significance of the ceremony. The foundation stone was built with pieces of original brick that were part of the floor of the Rebbe’s Sukka and the stones were placed by local area Shluchim, donors, and faculty members. The bricks were donated by Rabbi Chaim Baruch Halberstam and Rabbi Mendy Brownstein, the Shliach to Westbury, New York.

All the invitees, local and dormitory students and faculty of Rohr Bais Chaya were honored with shoveling earth around the foundation and saying l’chaim on Kos Shel Brocha.

With over 80 students currently in attendance, and with only three spots remaining in next year’s ninth grade, the school continues to grow.