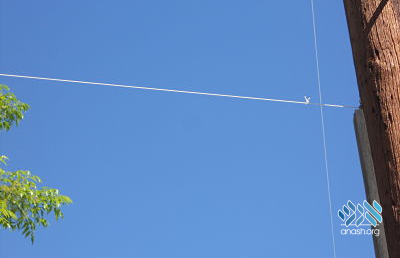 With porch minyanim active in Crown Heights, some have erected eruvs between porches that extend onto the sidewalk. However, rabbonim say that it should not be used.

I know the Rabbonim have prohibited using an Eruv in our community, for various reasons. Is a sidewalk Eruv also problematic?

Although it was created for current use, it’s probable the Eruv will stay up indefinitely.

Can I use this Eruv?

The Beis Din does not approve of such an Eruv unless it would have an actual fence with doors.

Additionally, making an Eruv on a public sidewalk is not allowed since the area belongs to the city.