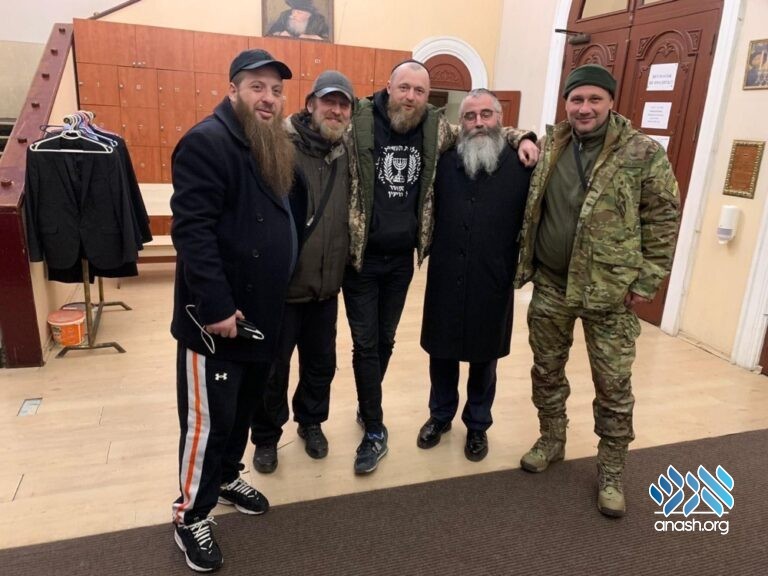 Despite having crossed the border and reaching safe shores, Odessa Shliach Rabbi Avraham Wolff traveled back to Ukraine to continue helping his community with their spiritual and physical needs.

While millions of Ukrainians are escaping the country through every possible route, one person was headed in the other direction. Odessa Shliach Rabbi Avraham Wolff had already evacuated to Romania, after making sure all 120 children in the local Jewish orphanage were safely in Berlin, when he turned around and headed back into his makom hashlichus.

Rabbi Wolff chose to return in order to help the remaining Yidden, assisting those who want to escape, as well as providing the spiritual and physical needs of those who needed to remain.

Odessa has so far escaped shelling but its one million people are nervously waiting to see if their historic city will be next to suffer the heavy Russian bombardment after Kyiv and Mariupol to the north and east.

From time to time the distant sound of explosions is heard in the city, and sand bags, barricades and sealed windows have become a familiar site across the city. Nonetheless, the situation in the port city is calm for the time being, with stores still stocked with food and life continuing fairly normally.

Despite the calm, Rabbi Wolff made sure to evacuate the Jewish orphanage before hostilities reached the city. The children and staff endured a grueling 52-hour journey through 7 countries before arriving in Berlin, Germany, where the local community is caring for them.

But with a large percentage of the community remaining in place, and with Purim only a few days away, Rabbi Wolff himself turned back.

“The rav returned to the city – sasson v’simcha,” one wrote. “He came to gladden them, and will remain for Purim, and then we will see.”