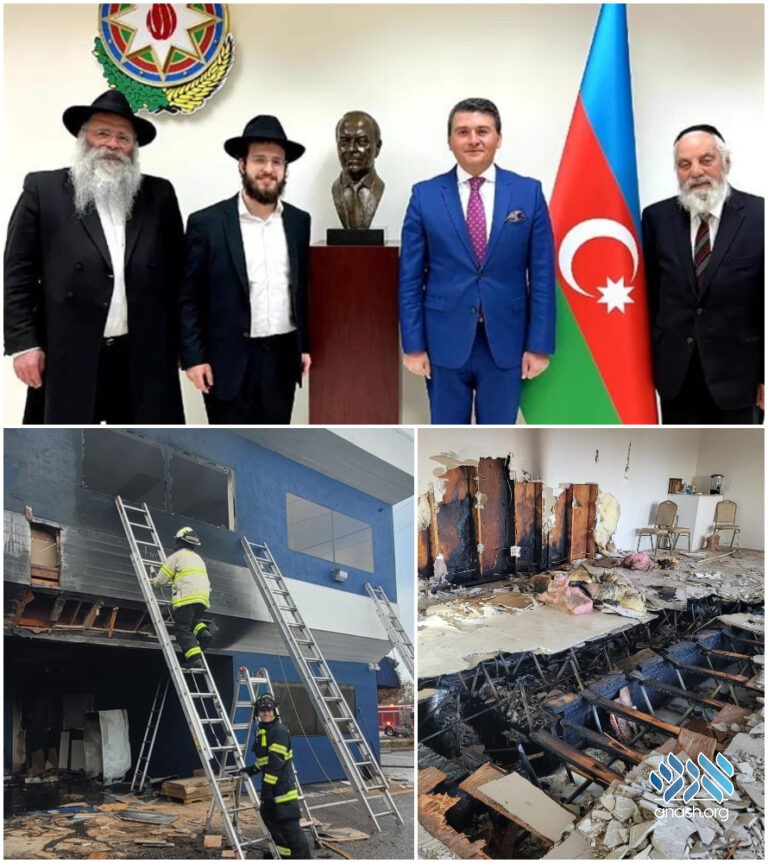 After an intentional fire destroyed the Chabad House of Almaden Valley, CA, the Consul General of Azerbaijan, a 96 percent majority-Muslim nation, pitched in to donate towards the rebuilding.

In the wee hours of the morning of Dec. 22, 2021, an intentionally lit fire tore through the building of Chabad-Lubavitch of Almaden Valley, Calif. In the hours that followed, a GoFundMe page created by community member Maryann Barsky garnered support from the wider San Jose community, with tens of thousands contributed by people of all faiths and backgrounds. Yet when Chabad’s of Almaden Valley’s co-director Rabbi Mendel Weinfeld was contacted by the Consul General of Azerbaijan, it wasn’t something he was expecting.

More than 7,000 miles away and on a vastly different continent, Azerbaijan doesn’t match the typical Californian synagogue supporter’s profile. But for Nasimi Aghayev, Consul General of Azerbaijan in Los Angeles, it makes perfect sense. “I initially saw the news on my Facebook feed, and it saddened me to see the images of an utterly destroyed house of worship,” he told Chabad.org. “I reached out to some friends in the Bay Area and asked them to connect me with the fire-damaged synagogue. I truly believe that people of different religious backgrounds should come to each other’s help and share solidarity in times of crisis. It’s true especially with regard to sacred sites, houses of worship. That’s how a genuinely harmonious society can be built.”

When Weinfeld traveled to Los Angeles to meet the consul and express his gratitude, Aghayev explained how he—and many in Azerbaijan—have close ties to their Jewish neighbors. In fact, Aghayev grew up with Jewish people sharing the same courtyard as him. The consul notes that these Jewish connections aren’t new; Jews have been part of the nation’s fabric for more than 2,000 years. “[The Jewish people are] an inseparable part of Azerbaijan’s history,” the consul says. “Jews have been living here free of antisemitism and persecution, alongside their Muslim and Christian brothers and sisters, in peace and harmony.”

Rabbi Shneor Segal, chief rabbi of the Ashkenazic Jewish Community of Baku, attests to the generous and welcoming spirit of the Azerbaijani people and leadership. Segal, who together with his wife, Chavah, is part of a team of six Chabad emissary families across the country, says that this attitude is part of the nature of the country. Under his leadership, the community’s pride and joy, the Ohr Avner Chabad Jewish Day School, which counts more than 175 students was nominated as one of the country’s 20 top schools.

“Seeing this generosity extended overseas—that our government extends help to the Jewish people even in America—demonstrates this good nature of the Azerbaijani people,” says Segal. “Azerbaijan can export more than just oil to the world, we model tolerance and harmony,” he adds.

“On our end,” says Weinfeld, “we’re very appreciative. It’s heartwarming to see a country stand behind Jewish causes. With G‑d’s help, and with the support of generous friends such as the nation of Azerbaijan, we will rebuild our synagogue.”

To support the rebuilding efforts, visit: ChabadFire.com.
Reprinted with permission from Chabad.org