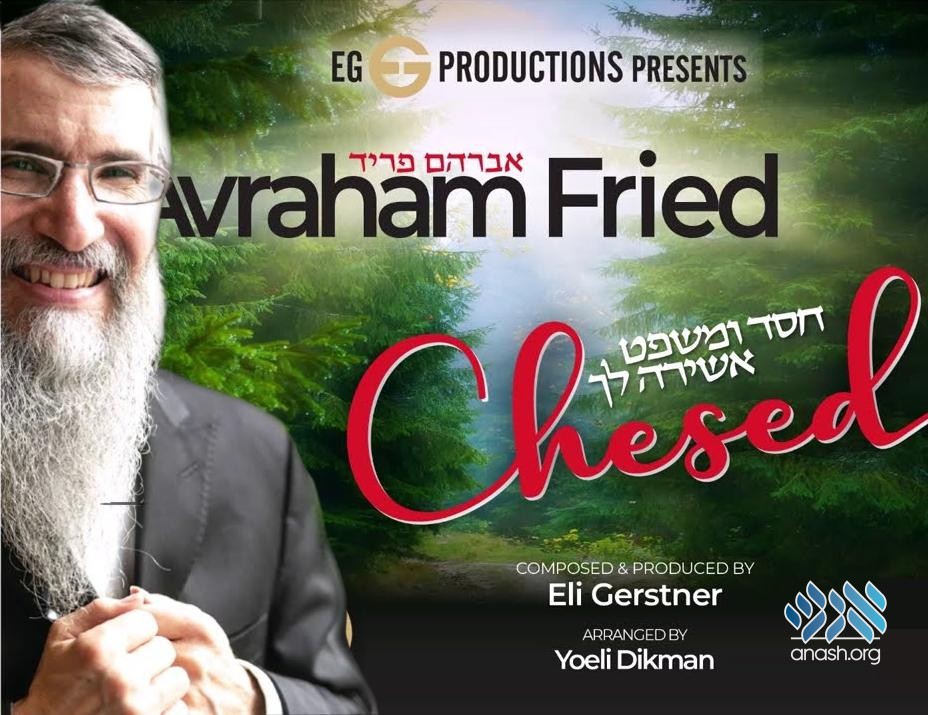 The latest single released by Avraham Fried is a heartwarming song about praising Hashem. It was produced as part of a wider project to encourage the Jewish community through song.

Jewish superstar Avraham Fried released a single on Wednesday, and it’s meant to give encouragement to the wider Jewish community during these trying times.

The new single, titled “Chessed” tells of a song to the Eibishter, a song thanking Him for whatever He choses to give us. The lyrics are taken from a Gemara in Maseches Brachos, where Chazal teach that one must thank Hashem no matter what comes our way.

“Rav Acha said in the name of Rabbi Levi: What is the verse that alludes to this? “I will sing of loving-kindness and justice; unto You, O Lord, will I sing praises” (Tehillim 101:1). Rav Acha explains: If it is loving-kindness, I will sing, and if it is justice, I will sing.”

Coupled with a warm tune, the songs makes for an inspiring listen at a time when so much is uncertain.

The new release is part of the ‘Chizuk project’, launching a metamorphosis in mood through music. With sensational music and heartwarming song, it offers a boost, an injection of optimism and courage. The golden voices of Avraham Fried, Baruch Levine, Shmueli Ungar and other favorite singers yet to be announced soar in hope with their trademark warmth, featuring in a series of free singles, released every few weeks under the sure hand of Eli Gerstner and EG Productions, which will culminate in an album gifted to the community at no charge.

The Chizuk project says that “they are taking the pulse of a community still dealing with the ongoing and aftershock tremors of corona, and ripples of lives and livelihoods lost, and offers them a lifeline of hope, strength—and joy through music.”