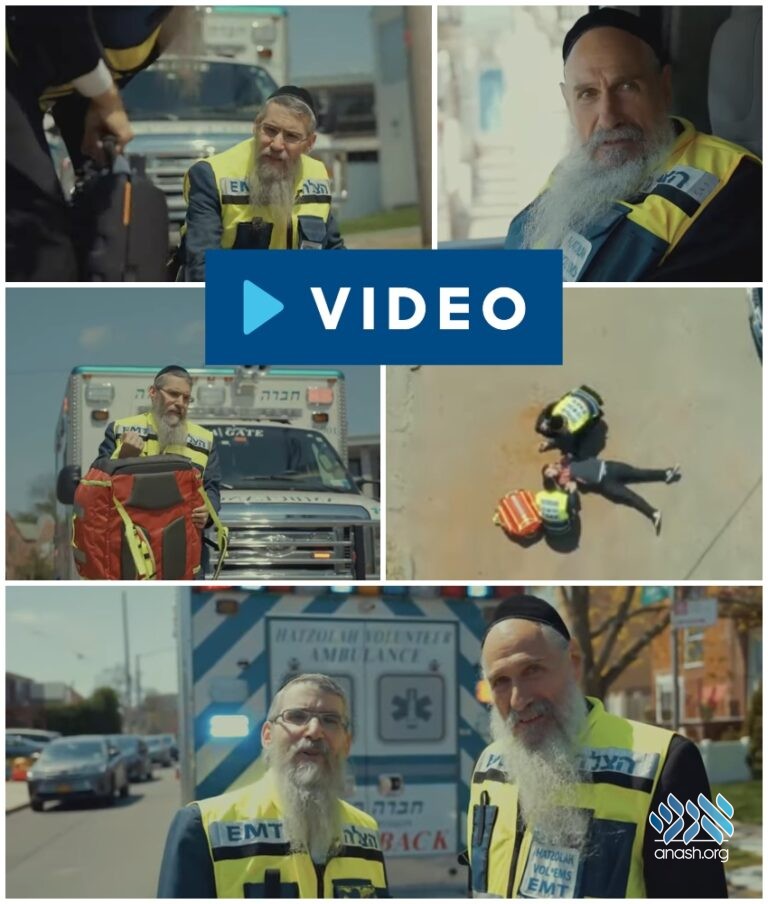 Watch: Singers Avraham Fried and Mordechai Ben David volunteer for the life-saving organization, they were stunned by the wounded patient’s reaction.

In Crown Heights, the campaign is taking on an extra urgency, with Hatzalah planning to build their first centralized headquarters building to service the community for many years to come.

The week will culminate in a grand concert bringing together the biggest names in Jewish music in support of Hatzalah. The start-studded evening will continue for many long hours, allowing those in Eretz Yisroel, South Africa, and Australia to join as well.

In addition, the concert will feature the Zemiros Choir and the ATeam band.

Tune in on Thursday, the night of Lag B’omer, April 29 on Anash.org.