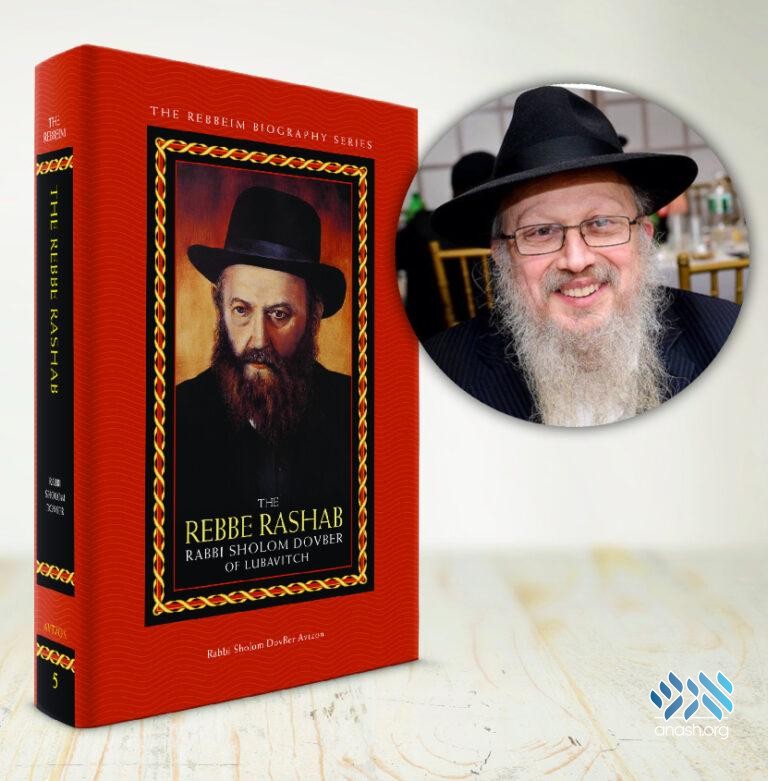 A brand new volume in the biography series of Rebbeim tells the life of the Rebbe Rashab, whose 100th yahrtzeit was marked this year. Anash.org spoke with author Rabbi Sholom Ber Avtzon about the project and his latest book.

A brand new volume in the biography series of Rebbeim tells the life of the Rebbe Rashab, whose 100th yahrtzeit was marked this year. Anash.org spoke with author Rabbi Sholom Ber Avtzon about the project and his latest book.

To purchase the newly published biography of the Rebbe Rashab from SeforimDeals.com, click here.

When did you first start writing on the Rebbeim’s history?

Rabbi Avtzon: I was a 7th-grade melamed in the Lubavitch Yeshiva on Ocean Parkway and I thought it would be enjoyable for my students to know the story of the important days in Lubavitch. So, for Chof Cheshvan, I translated the story of Rebbetzin Rivkah’s dream, as well as the unique aspect of the Rebbe Rashab, based on the sichos of Simchas Beis Hashoeiva.

Rabbi Moshe Bogomilsky, may he be well, who was then the principal, felt it would be beneficial for all the classes and he made it as a booklet and gave it out to every class.

Children brought it home and word got around and other mosdos – Beis Rivkah and others – began asking for it. I began printing 800 copies for each yoma dipagra. Those were the basis for the two books of “A Day To Recall, A Day To Remember.”

What about the other books that you wrote?

Whenever the Rebbe would give out the kuntreisim, I would write for my students a synopsis of the maamar, on a level that even boys of 12 and 13 years old could understand it. When the Rebbe gave out Kitzurim V’hu’orois on Tanya by the Tzemach Tzedek, I decided to translate the letters at the end that describes the history and background to the Tanya. With more research and many more sources, I published “The Tanya Its Story and History.”

Then, I began to write about chassidim, starting with Reb Shmuel Munkis. Since then I wrote about another five early Chassidic Personalities.

How did you decide to write The Rebbeim Biography Series?

Around that time, I wrote a 40-page booklet about the Rebbe Rashab and sent it out as a fundraiser for the yeshiva. It was very well received. Many people thanked me and encouraged me to write a biography about all the Rebbeim.

When Rabbi Shimmy Weinbaum heard about the project, he argued that while I had written books for various chassidim, I wrote just one volume for all the Rebbeim. Each one of the Rebbeim deserves their own sefer!

I decided to go ahead and prepare a book for each Rebbe. The first volume of the series, on the Alter Rebbe, was published in 5765 (2005), seventeen years ago. It was followed by a sefer on the biographies of the Mitteler Rebbe, the Rebbe the Tzemach Tzedek and the Rebbe Maharash.

As I was still teaching, I had limited time to research, write and edit. Thus, the biography of the Rebbe Maharash took me six years to complete. Recently, I have devoted all my time to this series. So, although the volume on the Rebbe Rashab is 80 pages longer, it took just a little more than three years.

What is unique to your series?

Additionally, since the publishing of Sefer Hatoldos around fifty years ago, numerous volumes of sichos and Igros Kodesh were published, as well as many books by chassidim, that give forth a wealth of additional information. In this biography series, all of those were incorporated.

Who is the series geared for?

As I was a melamed of 7th-grade boys, I endeavored to make it an easy read even for children of that age who might not have a sophisticated vocabulary, while at the same time, it should be interesting to adults as well. I therefore included many lengthy footnotes that explore the subject matter in a deeper sense.

What did you find interesting or unexpected about the Rebbe Rashab when you wrote it?

I discuss this at length in the foreword to the current volume.

It is well known that the Rebbe Rashab is called the Rambam of Chassidus and founded Tomchei Tmimim. However, while I heard about a weaving factory that he helped create that created jobs for two thousand families, I had no idea of the tremendous scope of his communal work. I thought he was only learning Chassidus. His communal involvement was never discussed.

Additionally, I wasn’t aware of the extent of his illness, which caused him to be out of Lubavitch for extensive periods of time. Perhaps he was out of Lubavitch more months a year than he was in Lubavitch.

What are you working on next?

Additionally, the biography on the Mitteler Rebbe is being reviewed for its second printing.

To purchase the newly published biography of the Rebbe Rashab from SeforimDeals.com, click here.

To purchase biographies of other Rebbeim and other books by Rabbi Avtzon, click here.