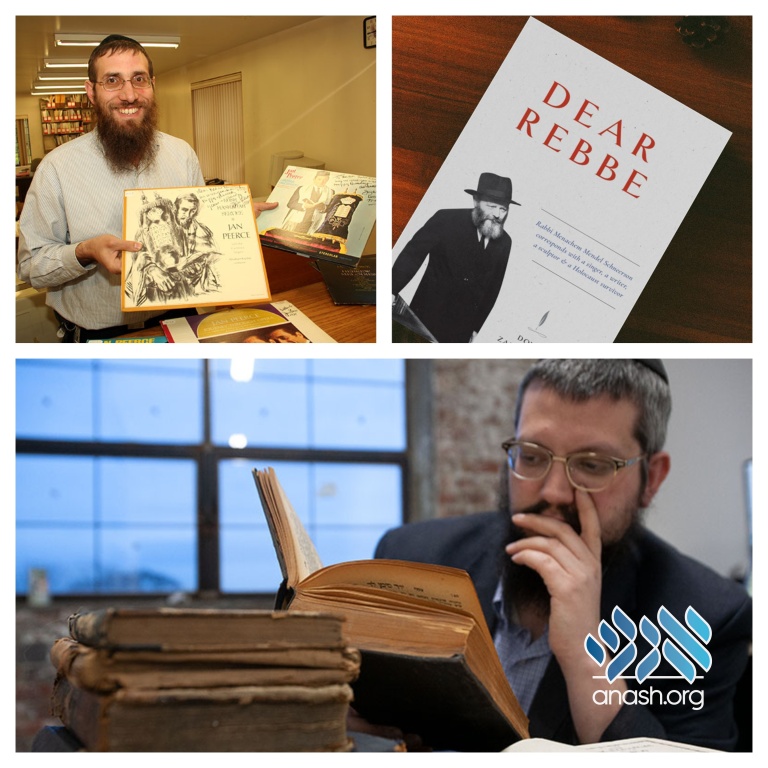 The past six months have seen a wealth of publications. Seforim of sichos and maamarim, translations, adaptations, and books exploring diverse facets of the Rebbe’s life. Anash.org spoke to one author to hear what makes his book stand out.

There are tens of books on the market documenting the Rebbe’s correspondence and his connection with individuals from all walks of life. What makes your book unique?

From a young age I had a strong attraction to the Rebbe’s letters. But whether I was reading the original Igros Kodesh, translations like The Letter and the Spirit, or the myriad mementos from weddings that I collected, there was always a glaring omission: What question was the Rebbe answering?

Interviews with people who corresponded with the Rebbe help, of course, but there is nothing like reading the actual letters they wrote. The historical and social context in which the correspondence took place is also essential to understanding why the Rebbe wrote the way he did.

I began to document the story of the Rebbe’s letters, a decades-long project that is far from finished. Over the years I’ve published many such stories, some with historical context, some with just the back-and-forth. Take for example Professor Cyril Domb in Footprints, a well-received book consisting of twenty biographies. It took seventeen years of slowly accumulating bits of information, documents and photographs to piece together the stories in there.

How did you choose these 4 individuals out of the thousands the Rebbe was in contact with?

All four of these people were active in the public sphere and had interesting lives. Above all, I wanted the book to be interesting. There is nothing more gratifying than when someone tells me, “I finished the book.” Then I know that I was successful. I also looked for diversity in terms of their professions and personal experiences, so that readers would have a sense of how the Rebbe responded to different kinds of issues.

Creating a book of this kind takes many people. The chapter on Chaim Grade, for example, was extremely difficult to research. A few months before I was supposed to finish the final draft, I was still missing critical information, and it looked like it would have to wait for a future book. Just then, at the request of master researcher Yehudah Zirkind, Israeli President Zalman Shazar’s correspondence with Grade was released for use in the book. There were two letters there that clinched the chapter.

They were introduced to the Rebbe almost by chance, through mutual acquaintances. The Rebbe appreciated their extraordinary talents. He was a strong proponent of using one’s natural gifts to serve G-d.

For their part, I believe the artists were attracted to the Rebbe because of his sense of purpose, his drive to fight assimilation and strengthen the Jewish people in the wake of the Holocaust. For Chaim Grade, who had abandoned observance as a young man, his connection to the Rebbe helped to heal old wounds.

In the book you write about a profound disagreement between Jacques Lipchitz and the Rebbe regarding a proposed sculpture garden in Jerusalem. Can you expound on the respect they maintained for one another even with such irreconcilable differences?

I believe Lipchitz himself was surprised that the Rebbe continued to correspond with him, despite their stark differences of opinion and his ultimate refusal to follow the Rebbe’s advice. Most people would just cut the other person off and move on, especially when you consider the pains the Rebbe took (several, multiple-page letters) to try to convince him not to participate in the garden.

But, as I write in the prologue, when a person is proud (in a positive sense) of their way of life, they can accept this kind of rejection without taking it personally. As the Rebbe said many times, we have to do our part; the rest is up to the other person.

In the chapter about David Chase, you write about his plan to revitalize Jewish life in Poland, and the Rebbe’s opposition. Chabad is most famously known for having shluchim in every corner of the globe, building Jewish identity wherever Jews can be found. Why did the Rebbe so strongly oppose Chase’s idea of building a Jewish community in Poland?

There are various opinions about what the Rebbe’s exact intentions were on that issue. I do not believe the Rebbe was ever against a community there. He felt that, at that time, bringing Jews there from the former Soviet Union would be a colossal mistake, i.e., to bring a Jew where there is no Jewish infrastructure is just not okay. Of course, for those who already live there, there should be a community and as many resources as possible.

Moving on to the next chapter: It seems that Chaim Grade never let go of the severe outlook on Judaism he received in his youth. What attracted him to what can be described as a polar opposite – the joy and warmth of a Chassidic court?

Grade had a very difficult life. He struggled with his decision to leave the Mussar movement. Indeed, he was frightened that he would be pulled back into it by his teacher, the Hazon Ish, and he was pained by the rejection of his former peers. It’s not hard to understand why he would be attracted to the joy and acceptance of the Chabad community.

Is there something that didn’t make it into the book that you would be willing to share with the readers?

There are many photos and documents that, though I spent months working to obtain them, simply could not fit into the final volume. There are also a few things that almost did not make it into the book. One of them is the Rebbe’s letter to Jan Peerce’s wife after his passing (page 152). Another is the high-quality photo of Chaim Grade and the Rebbe, which took a very long time to locate. Thanks to Menachem Kirschenbaum, I found it just before we went to print.

Do you plan on continuing with other similar projects?

Absolutely. The ideas never end. In fact, a book on marriage just arrived and another book is on the boat from China to arrive, G-d willing, before the Kinus Hashluchim.