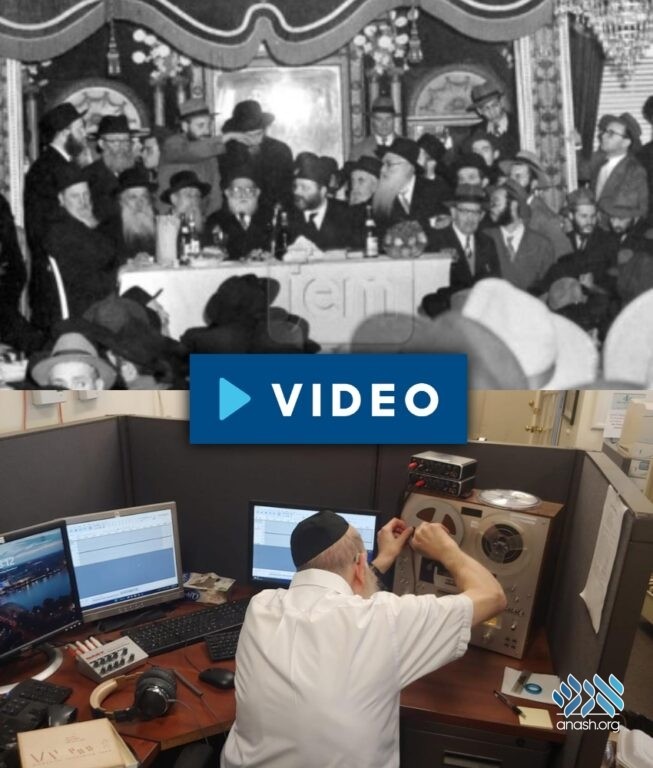 In an office 2 floors above Eastern Parkway, a carefully maintained reel-to-reel machine hums gently as hours of audio are transferred to digital form.

From the archives of Rabbi Sholom Yisroel Hodakov, meticulously preserved audio reels containing decades worth of audio of the Rebbe are being examined. As the son of the Rebbe’s chief Mazkir, Rabbi Sholom Yisroel had unique access to record events that would otherwise be lost with time, especially private Yechidus in the Rebbe’s room and other events such as Sichos to smaller groups that did not enjoy the same level of recording and transcribing as the Farbrengens would. In addition, his recordings of the Farbrengens are often at a quality unmatched by other versions of the same events.

These reels are being transferred to JEM for processing at a rapid pace. The audio is transferred to digital form and compared with other versions of the event when available, before undergoing skillful restoration. The clear, restored audio is then published at Ashreinu.app, JEM’s user-friendly online home for audio of the Rebbe.

In an ongoing effort spanning almost two decades, hundreds of hours of audio have been restored. In addition to the easy listening the high-quality audio offers, these newly discovered versions of the Farbrengens often uncover moments hitherto unavailable or unknown – conversations with the Rebbe between Sichos, audio of the Rebbe singing quietly along with a Nigun, on occasion even entire Sichos that do not appear in the transcripts of the Farbrengens.

Enjoy some highlights of just one of these recently published treasures, Yud Tes Kislev 5727, a Hakhel year as this one.

Sponsored by Mendel and Esther Lifshitz, לחיזוק התקשרות לכ”ק אדמו”ר. Much appreciation to Rabbi Zalman Wilhelm for his assistance with the restoration project.

– Heavenly visitors: The Ba’al Shem Tov and the Magid with the Alter Rebbe in jail.

– The long-term affect of Hakhel on the entire year and the 6 years following.

– Hakhel starts with one Jew – The end goal is to gather them all!

– Hakhel can excite even the “children,” or one who lacks knowledge in Judaism.

See the “Yud Tes Kislev content launcher” from JEM, with access to audio, video and photos from all Yud Tes Kislev Farbrengens with the Rebbe throughout the years.

These ongoing efforts are made possible by the generosity of  the members of The JEM Foundation.