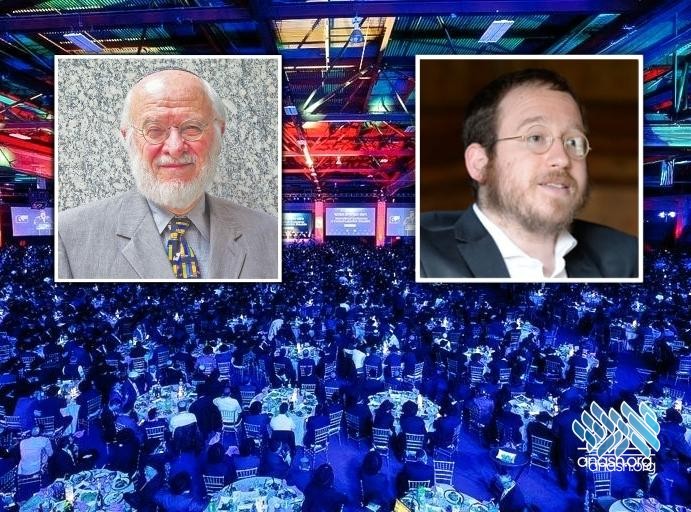 The online Grand Event of this year’s Kinus Hashluchim, taking the place of the annual gala banquet, will be featuring Attorney Nathan Lewin as guest speaker and London Shliach Rabbi Mendel Kalmenson as keynote.

The online Grand Event of this year’s Kinus Hashluchim, taking the place of the annual gala banquet, will be featuring Attorney Nathan Lewin as guest speaker and London Shliach Rabbi Mendel Kalmenson as keynote.

The entire Kinus Hashluchim will be taking place virtually this year, with shluchim asked not to travel to New York for the weekend. Instead, a full online program will be taking place, culminating in the grand event, which will have a similar format to the annual banquet and will be timed to enable Shluchim from around the world to participate.

The guest speaker at the grand event will be Attorney Nathan Lewin, a renowned attorney who assisted the Rebbe and Chabad in many cases over a span of decades.

Born in Lodz, Poland, Mr. Lewin has engaged in trial and appellate litigation in federal and state courts for nearly 60 years. His practice has a tremendous focus on human rights and Religious Liberty litigation among other vital causes. Mr. Lewin served as a key member of the Rebbe’s legal counsel during the difficult court case involving the seforim which ended in the Hei Teves Didan Notzach.

Mr. Lewin has successfully argued many cases involving the right to display the Chanukah menorah in a public forum, including two such cases before en banc courts of the Sixth and Eleventh Circuits. Among these cases was County of Allegheny v. ACLU in which the Supreme Court held that the Lubavitch had the right to maintain a menorah on public property in Pittsburgh.

“Mr. Lewin will share some of the guidance and inspiration he received from the Rebbe. We look forward to hearing his uplifting words,” the Kinus organizing committee said.

The keynote speaker will be Rabbi Mendel Kalmenson of London, England. Rabbi Kalmenson has been serving the Jewish community in the Belgravia area of London for nearly 10 years together with his wife and children.

Rabbi Kalmenson is also the author hundreds of articles and several contemporary books including, most recently, Positivity Bias based on the Rebbe’s teachings that have made a tremendous impact on so many.

“Rabbi Kalmenson will share words of chizuk and inspiration connected to this year’s theme – shlichus in every situation l’hovih leyemos hamoshiach,” the Kinus organizing committee said.