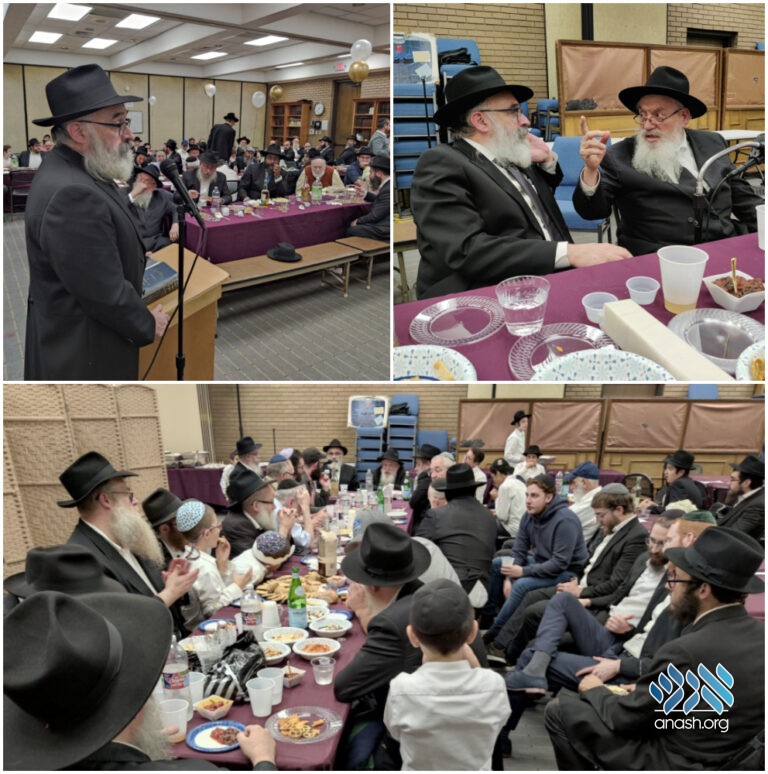 Men, women and children of the Chabad community in Houston gathered for an evening of inspiration in honor of Yud Tes-Chof Kislev, featuring guest speaker Rabbi Yossi New, shliach to Atlanta, Georgia.

Men, women and children of the Chabad community in Houston gathered for an evening of inspiration in honor of Yud Tes-Chof Kislev, the Rosh Hashana of Chassidus. Rabbi Yossi New, shliach to Atlanta, Georgia, was the guest speaker.

As the fleishig seudah was served, Rabbi Chaim Lazaroff opened the program with a video of the Rebbe. Rabbi Shmully Ceitlin then made a siyum on Hayom Yom, followed by the haschala by Rabbi Shimon Lazaroff, head shliach of Texas. Next, R’ Nesanel Moshel made a siyum and haschala on Tanya.

At that point, the children left for their own special program, led by Rabbi Shmuel Gniwisch, and were treated to an entertaining juggling show, while the adults enjoyed Rabbi Yossi New’s inspiring words.

Rabbi Chaim Lazaroff introduced and encouraged participation in the Texas Chalukas Hashas, which was facilitated by R’ Ben Cotlar.

After dessert and benching, the official program came to an end and the real farbrengen began in earnest, with shluchim and community members gathered around a long table, sharing insights and inspiration deep into the night.