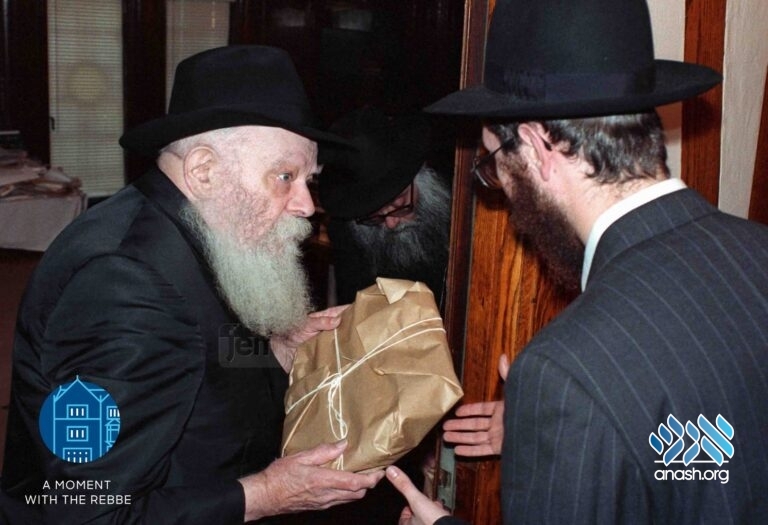 Following a soulful reading of Hallel at the Rebbe’s seder, the Rebbe descended to his room to the tune of Keili Ata. Suddenly, the Rebbe spoke while pointing at chassidim in the crowd.

At the Rebbe’s seder table, the Haggada was led by one of the chassidim present. However, from after bentching, the Rebbe would lead the Hallel, with a unique soulful melody. Those who merited to witness those moments describe how the Rebbe’s face would shine in a way never seen throughout the year, and the tears would flow freely as the Rebbe entered a different world.

Following the seder of 5714 (1954), as was customary, the Rebbe poured the wine of kos shel Eliyahu back into the bottle to the singing of “Keili ata.” As the Rebbe made his way to his room, the chassidim followed the Rebbe, all the while continuing the stirring niggun.

Once they reached the door to the room, the Rebbe turned to face the crowd, and while standing framed in the doorway, began a lengthy sicha.

“The simcha of yom tov is connected with the very essence of a Yid, which transcends the boundaries of intellect,” the Rebbe began. “And every Yid’s body possesses a neshama.”