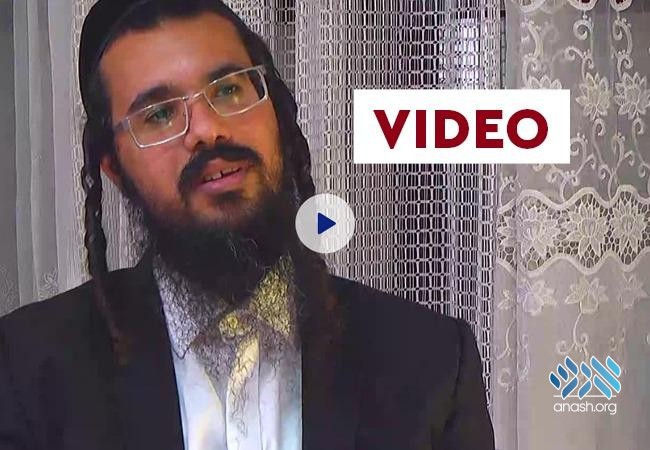 Rabbi Yosef David Mugrabi relates how one chance encounter led him down the path he least expected.

Growing up, I always learned in Litvish Yeshivas and was never exposed to the light of Chassidus.

One Shabbos, around 12 years ago, I was at my parents’ home and took a walk late at night after the Shabbos meal. Strolling down the street, I wandered into the Belz Shul for a drink of water. As I walked in, I noticed a pamphlet on the table. I casually picked it up and something incredible happened: I couldn’t put it down. I remember being drawn in by the insights of the Rebbe and could not stop reading.

That Shabbos started a new chapter in my life.

Every week after that Shabbos, I would go to the Belz Shul at midnight and sit there spellbound by the deep concepts written so clearly and comprehensively in the Likras Shabbos pamphlet. The new perspective on the Torah was a gift given to me straight from Hashem.

A couple of months later, Hashem sent me my Bashert. At the Shabbos Sheva Brachos, I stood up and said a Dvar Torah that I learned from Likras Shabbos. I remember as I finished, a very respected Rabbi, Rabbi Shlomo Machfoud asked me where I had learned it from. I replied to him that it was from some pamphlet that I read. He looked me straight in the eye and asked, “is it from the Rebbe?” I nodded.

And thus, he began the journey that I had been through months earlier. I watched him and so many others have their lives illuminated by the Likras Shabbos pamphlets.

If there is anything that delivers Chassidus in such a clear and understanding way, it’s Likras Shabbos.

Likras Shabbos doesn’t only explain the Torah, it explains the giver of the Torah.

This is why people are now seeking out this pamphlet. And once you’re exposed to it, your shabbos will never be the same.

Join me in taking part in the Holy work of Likras Shabbos.

This year, they are planning to take their operations to the next level by printing and distributing over 1 million copies of Likras Shabbos!

This means that tens of thousands of people will be illuminating their souls with the light of Chassidus every single week.

Your partnership can help us ignite neshamos around the world.

In addition to the incredible z’chus of taking part in this tremendous movement of Hafatzos Hama’ayanos, Or HaChassidus is offering you an incredible opportunity. Every donation of $36 or more will automatically be entered into a raffle to win a dollar from the Rebbe for your entire immediate family!