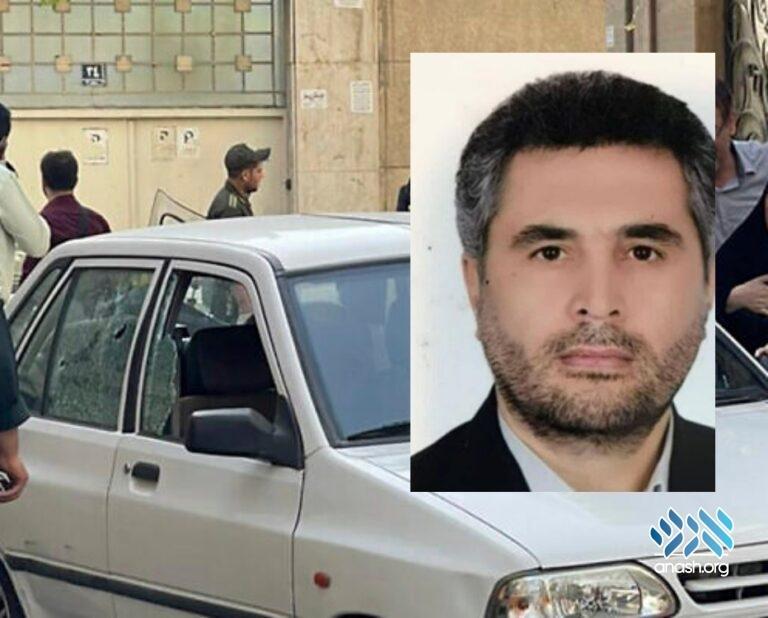 A targeted assassination this week killed Colonel Hassan Sayad Khodayari, a high-ranking officer in the Iranian Revolutionary Guards Corps, who had overseen terror operations against Yidden and Israelis, including one foiled plot to attack a Chabad shliach.

A targeted assassination this week killed Colonel Hassan Sayad Khodayari, a high-ranking officer in the Iranian Revolutionary Guards Corps, who had overseen terror operations against Yidden and Israelis, including one foiled plot to attack a Chabad shliach.

The assassination occurred in front of Khodayari’s home on Mohajedin Eslam Street in Tehran, with the assailants fleeing the scene without a trace after carrying out the killing.

According to reports, Khodayari was eliminated for preemptive reasons as he was actively planning attacks against Israel abroad in retaliation for the death of Iranian nuclear scientist Mohsen Fakhrizadeh, Iran International in London reported on Monday. Khodayari was also behind a number of terror plots against Israelis in the past in Europe, Africa and Asia, including the car bomb targeting an Israeli diplomat in New Delhi, India in 2012, which wounded the diplomat’s wife.

One of his attempts involved a plot to assassinate Rabbi Schneur Segal, the Chabad shaliach in Baku, as well as the Israeli ambassador r”l.

In 2012, Azerbaijani security forces thwarted the plot, arresting three Azerbaijani citizens who had been recruited by Iranian intelligence agents to harm Israeli and Jewish targets. Their number one target was then-Israeli Ambassador in Baku Michael Lotem and they also planned on assassinating two teachers at the Ohr Avner Chabad Jewish Day School in Baku.

The detainees had been promised $150,000 for the assassinations and had been supplied with a sniper rifle, pistols, and explosive devices in order to carry them out.

The plotted assassinations were an Iranian attempt to retaliate for Israel’s elimination of Iranian nuclear scientists.

Later this week, Israel informed the United States it was responsible for assassinating an Islamic Revolutionary Guards Corps’ Quds Force officer in Tehran on Sunday, according to a report in The New York Times.