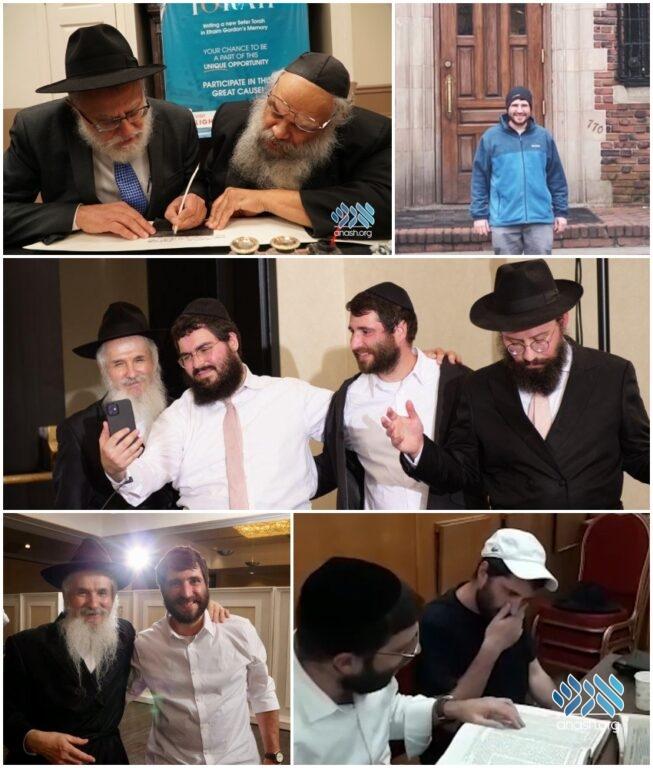 One year ago, the Baltimore Jewish community was rocked to its core when Efraim Gordon was brutally murdered in cold blood right in the heart of the Jewish community. Now, with the upcoming trial of one of the suspects, there is a chance for justice to prevail.

It was one year ago, on May 3, 2021, that the Baltimore Jewish community was rocked to its core with the news that a visiting guest from Israel was brutally murdered in cold blood right in the heart of the Jewish community. Now, with the upcoming trial of one of the suspects, there is a chance for justice to prevail.

Efraim Gordon HY”D was a young man who had recently come to taste the sweetness of Torah and Judaism. He was attending the wedding of his cousin in Baltimore and was happily planning his own wedding with his Kalla.

That came to a harrowing halt when three men jumped him a mere ten feet from the warmth and safety of his aunt’s home on Fords Lane. While a fourth thug waited in the car, the three teenagers shouted hateful words at Efraim and made demands in English that he could not understand. Efraim was tragically in the wrong place at the wrong time, speaking the wrong language. It could have been anyone walking down that street at that particular moment. It was Efraim’s misfortune to be the victim of this random, yet vicious act of violence. One of the teenagers shot him fatally, leaving his shocked aunt and cousins to open the door to the horrific sight on their doorstep.

Three of the four suspects have already been apprehended with one accomplice pleading guilty and agreeing to cooperate with authorities. The suspected shooter’s trial is coming up next week, June 21 – 24. The third trial of the man suspected to be the ringleader and mastermind of the crime will be held in November. The fourth is still at large. All are being charged with first-degree murder and will be tried as adults. The prosecution is looking for a maximum penalty of 60 years in prison.

In the wake of the tragedy, the Baltimore community came through and showed support, their presence telling the police and the government that such atrocities cannot be allowed to pass.

As the trial looms closer, Gordon’s family is looking to it with a sense of anticipation that justice will be served, tempered with dread and apprehension at the thought of reliving the terrible memories and seeing the graphic videos over again.

“Efraim’s family is in Israel, so they won’t be at the trial,” says Sara Marshall, Gordon’s cousin. “It will be so emotionally draining for us, the family, to sit and relive all the details, facing the man who murdered our cousin. How will it look if we have to step out and all that is left in the courtroom are the murderer’s supporters and family? It is critical that the community show up to support Efraim and represent the community’s interest.”

It is time for Efraim’s extended Jewish family to once again show their support and determination to never allow such barbarity to roam the streets. Email [email protected] to sign up for a time slot to attend the trial. Transportation to the courthouse can be arranged.

Efraim’s family is also taking a spiritual approach to honor his memory and keep the streets of Baltimore safe.

A Sefer Torah was started at Efraim’s shloshim, as a zechus and aliyah for his neshama. As the wheels of justice grind in the courts, the sofer’s quill painstakingly forms the holy letters. The completion ceremony will be held after the conclusion of the trial, on July 10th, on the very spot where Efraim was murdered. The Sefer Torah is a symbol of unity for the entire Baltimore community.

“Efraim was a guest who was just visiting,” says Dovid Reyder, Gordon’s cousin. “He didn’t belong to our community, but he died here. This Sefer Torah will create a living legacy for his neshama. The bloodsoaked soil where his life tragically ended will be the site of rejoicing and dancing as we dedicate the Torah and elevate his neshama.”

“It will be a zechus,” says Miri Reyder, Gordon’s aunt. “A Sefer Torah for safer streets.”

You can show your support for Efraim, his family, the Baltimore community, and the Jewish world at large by donating to the Sefer Torah at charidy.com/efraim. Together, we can turn this senseless and random act of violence into an opportunity for unity, honoring his memory and establishing his legacy.