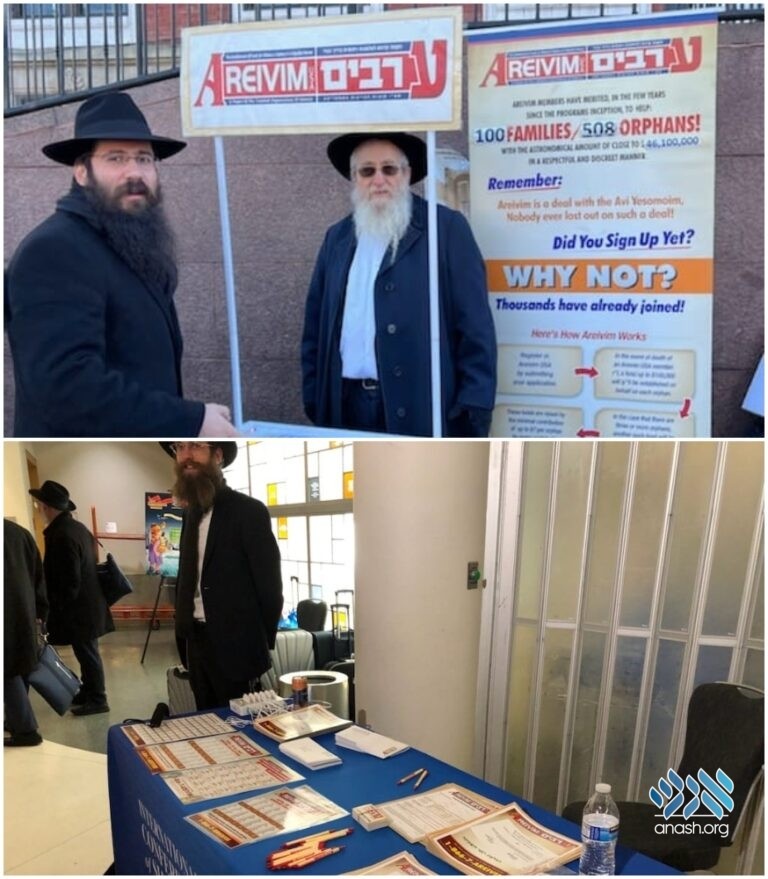 After a successful membership drive for Crown Heights residents a few months ago, Areivim launched a drive to register Shluchim during the Kinus, and hundreds took the opportunity to join.

After a successful membership drive for Crown Heights residents a few months ago, Areivim has launched a drive to register Shluchim from around the world, while they attended the Kinus Hashluchim.

With the encouragement of Merkos L’inyonei Chinuch, registration booths were set up in prominent locations throughout the Kinus.

Close to 250 Shluchim have joined the Arevim pool, with more expected to join in the coming days.

Areivim was established to enable a system of fundraising for widows and orphans of the community in a manner that preserves the dignity of the orphans and the surviving spouse.

The twenty-two thousand members commit to each other, that if tragedy strikes r”l, each member would contribute to support the family left behind. Each orphan receives a payout of one hundred and fifty thousand dollars.

Areivim is generally limited to the US and Canada. However, Areivim has made an exception and is welcoming Shluchim from around the world.

Rabbi Yosef Menachem Fishman director of Areivim USA was recently asked about the Areivim policy toward Shluchim who live outside the USA.

He answered. “It’s very simple, the Shluchim are all connected to 770 to Crown Heights so we count it as US citizenship”.

For more information and to register visit AreivimUSA.org