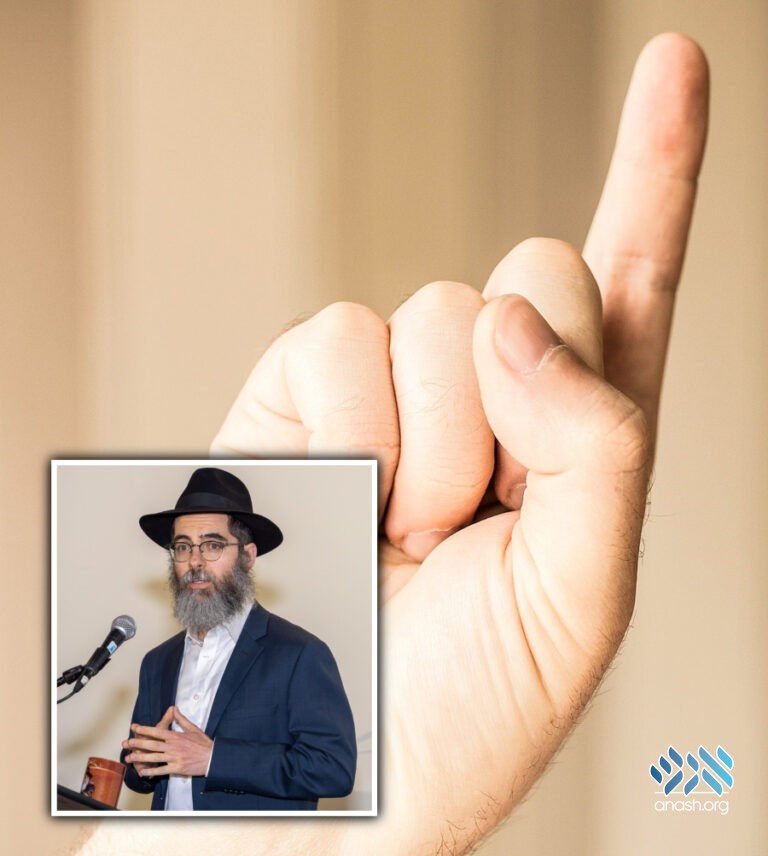 Today, it’s become taboo to say things as they are. We’re tip-toing around our egos and often miss opportunities to grow. We can do better. Like Avraham, we must use every method of persuasion to help ourselves and a fellow Yid break through the dirt.

One winter night there was a frantic knock at the door of the famed Reb Akiva Eiger. His son, Reb Shlomo Eiger opened the door and saw two women in tears. “We must talk to the Rav,” the older woman insisted. He led them to his father’s study and the woman explained that her son, this young woman’s husband, was late paying the local squire and is now being beaten in jail. “If we don’t bring the ransom tonight, he won’t be alive in the morning!” Reb Akiva Eiger assured the women that he’d bring them the money and invited them to wait in his study until he returned.

As they walked through the cold, dark streets, Reb Shlomo asked his father where he intended to raise a large sum of money at such a late hour. “There’s one place where I know we have a chance.” Before long, they arrived at a casino on the outskirts of town. All eyes turned to the two unlikely visitors as the Rav and his son walked directly to a table full of non-observant Jews playing cards.

“May I have a word with you?” he asked. “What about?” they grunted. “You’ve come to give us a musar drasha? If we wanted to hear it, we’d come to shul.” “I didn’t come to give you mussar, I just have an urgent request.” They acquiesced, and after the Rav told his story, one by one they emptied their pockets. Then, with money in hand, Reb Akiva talked to them about the self-destruction they’re committing with their way of life and urged them to return to the ways of Torah and mitzvos.

As they rushed home, Reb Shlomo asked his father why he gave mussar after he said he wouldn’t. Reb Akiva Eiger explained: “Truthfully, I didn’t intend to give them mussar because I knew they wouldn’t receive it. But once they did this great mitzvah, their hearts and their neshamos were wide opened so I seized the opportunity.”

And indeed, many of the Jews in that group ultimately returned to a Torah way of life.

The Rebbe once[1] asked: What did Avraham Avinu accomplish by persuading and even insisting that his guests recognize Hashem? How valuable was their acceptance of Hashem if it was brought about through coercion?

Avraham knew that everyone is capable of recognizing Hashem. What stands in the way is only a thick layer of coarseness, amassed by living a G-dless life. Some people became receptive after a good meal, and others needed stronger methods of persuasion to break their egotistical selves and become receptive to the idea of Hashem’s existence.

If this is true about non-Jews, before the giving of the Torah, how much more so regarding a Yid today.

Today, it’s become taboo to say things as they are. We’re tip-toing around our egos and often miss opportunities to grow. We can do better. Like Avraham, we must use every method of persuasion to help ourselves and a fellow Yidbreak through the dirt.

We are not G-d forbid looking to break people. Only the shackles that hold us captive. And this can be accomplished when we approach each situation from a place of love and compassion. In Avraham’s case, he first fed them a hearty meal. In Reb Akiva Eiger’s case, he warmed their neshamah with a mitzvah. When we love someone we look for ways in not ways out. Love will drive us to find the right method, and ultimately the recipient of this kind of mussar comes out the winner.