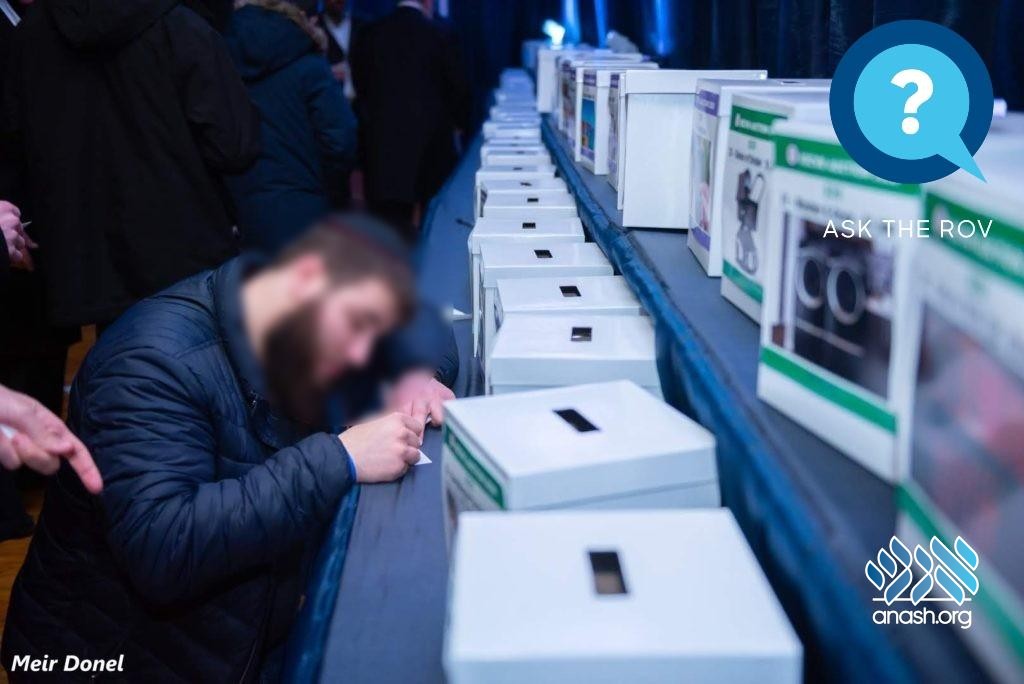 Ask the Rov: We made a fundraising raffle and one person’s name was left out. What do we do?

Raffles are meaningful and have significance according to Torah. When Eretz Yisroel was divided amongst the shevatim, the 12 names and 12 land portions were written on tickets and each nasi picked two tickets out of the box. That choice was binding for everyone.

Is every raffle binding?

A Torah raffle is effective when used to define how to split something jointly-owned, such as two partners who are splitting up their partnership or sons who are dividing an inheritance and want to decide who should get what.

The Rambam and R. Yosef Karo rule that the raffle accomplishes a kinyan, transfer of ownership, and the winner of the raffle automatically acquires the portion allotted to him. This is due to all participants agreeing to give it to the winner. The Rosh, however, holds that only the raffle on Eretz Yisroel caused ownership since it was guided by the Urim VeTumim. By other raffles, the winners still must make a kinyan on their portion but they don’t need the consent of their counterparts to do so.

When a raffle is held for a prize to go to the winner, or for the right to choose first, these raffles don’t have halachic bearing per se since they are unlike the raffle by the division of Eretz Yisroel. There is nevertheless halachic basis for such raffles as they have acquired the status of a kinyan established by society (situmta).

Halacha sets that if a person makes a commitment based on a hope that he will be able to come through (i.e. betting), the agreement is not binding since he never really committed as he was assuming that he would succeed. (This type of commitment is called an asmachta.) When a prize is being raffled off, each person is buying a ticket in hope that they will win. Why then isn’t it considered an asmachta and not binding?

Some differentiate that since by a raffle both the buyer or the raffle organizer cannot control the outcome, they submit to the results completely. Others add that when the raffle is for a mitzva or tzedaka organization, one’s primary intent is to give tzedaka and he’s not depending on winning.

If a mistake occurred during the raffle—e.g. the name one of the participants was mistakenly omitted or there was an extra entry—the raffle is invalid and doesn’t have halachic bearing, even if that person says he doesn’t mind. One reason given is that for the goral to reflect a special divine providence, it must be done completely flawless. This is certainly so if any of the raffle participants request a redo.