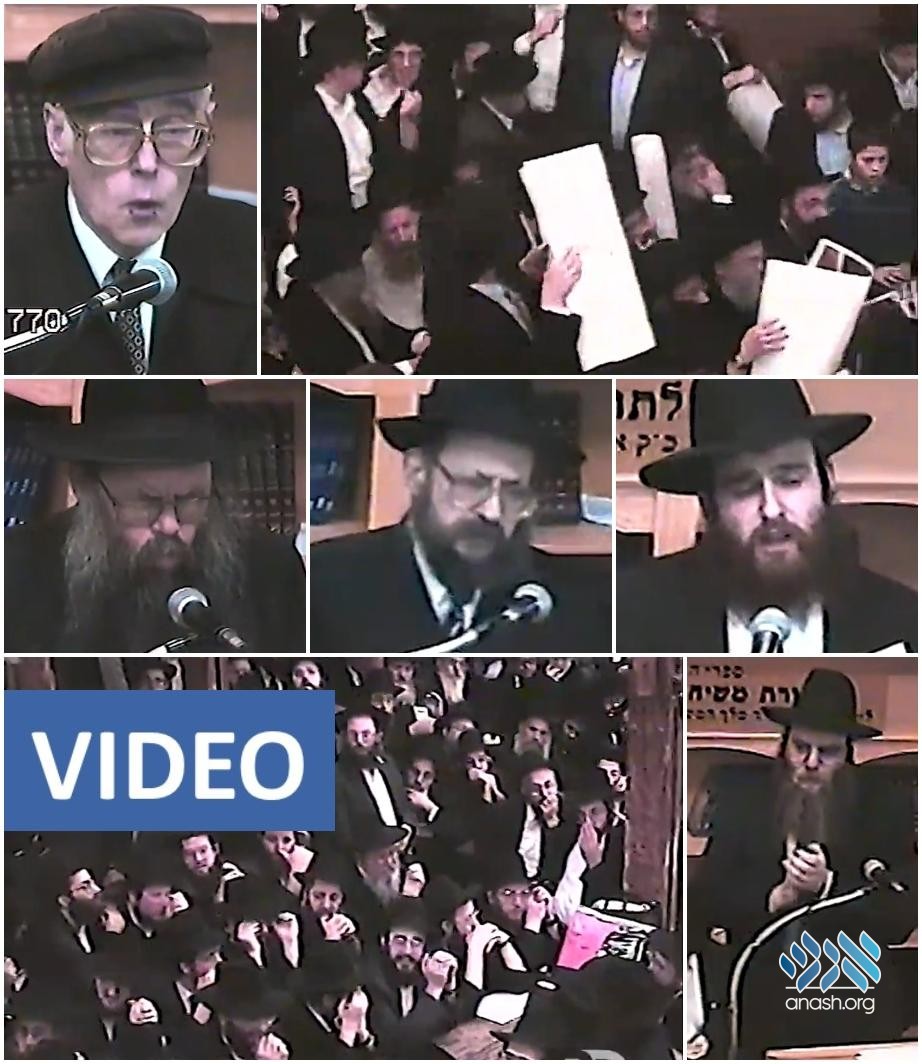 In the spirit of the Kinus Hashluchim, RebbeDrive presents new footage documenting the Kinus Banquet of 5754.

As it was in the era of after Chof Zayin Adar, the Vaad Hakinus wanted to hold the banquet near in 770, in close proximity to the Rebbe. However, due to the growing amount of Shluchim, it wasn’t be possible to set up for a banquet meal in 770. Instead, a meal was served earlier in the nearby Oholei Torah Ballroom, and the Banquet program continued in 770.