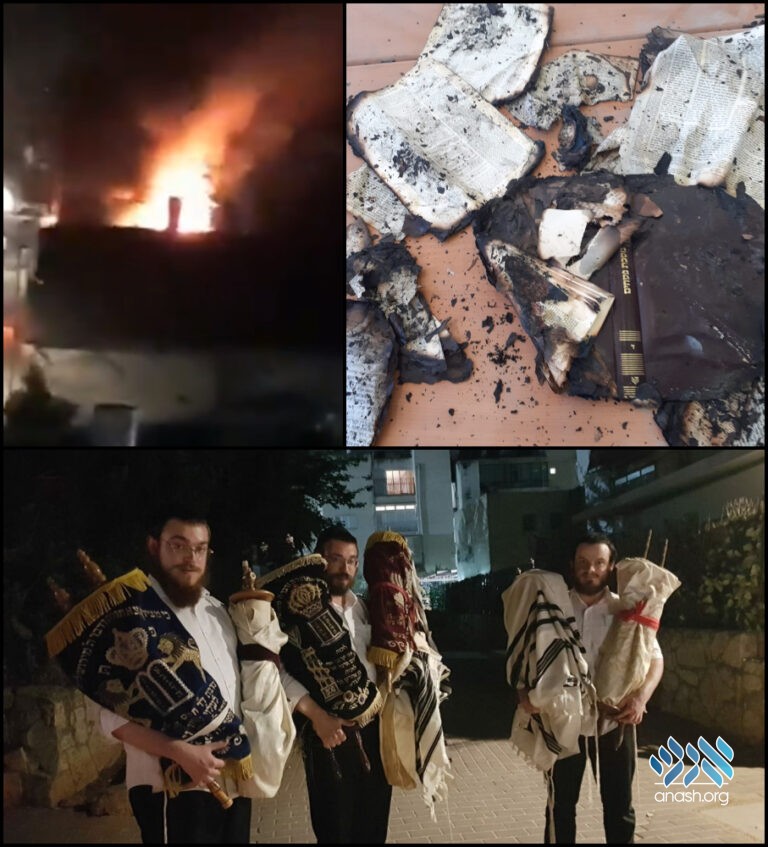 At least 3 shuls and 2 schools were set ablaze by frenzied Arab mobs in the city of Lod in Eretz Yisroel, in riots described by the city’s mayor as “Kristallnacht”.

By Yeshiva World News and Anash.org

Arab mobs in the mixed Jewish-Arab city of Lod went on wild rampages overnight Monday “in solidarity” with their Arab brethren in the Gaza Strip, ransacking and torching shuls, desecrating Sifrei Torah, and setting Jewish schools on fire, including a Talmud Torah.

On Tuesday, the riots continued, as the Arab mobs attacked Jewish homes and set at least three shuls on fire. Gabboim raced to their shuls with armed guards to rescue Sifrei Torah before the mobs could get to them.

The Arab mobs also threw stones and firebombs at Jewish homes and due to the multiple areas in the city where riots were taking place, police forces couldn’t reach every scene on time. Some Jewish residents whose lives were being threatened opened fire. One Arab was killed and two were wounded.

The resident who opened fire was later arrested by the police. His neighbors said that their lives were in danger and although they called the police dozens of times, they took over an hour to arrive. They initially fired shots in the air but nothing deterred the rioters until they shot at them, they said.

Arab riots and pogroms also took place in the neighboring town of Ramle, where rioters shattered store windows and set fires and threw cement blocks and rocks at a Hesder Yeshiva while the students were in the building. The yeshivah’s Rosh Yeshivah said he called the police when the incident began but they didn’t arrive.

On Tuesday night, Lod Mayor Yair Revivo says he’s asked the prime minister to declare a state of emergency in the Jewish-Arab city in central Israel. He calls for the military to be deployed in the city, saying “this is too big for police.”

“This is Kristallnacht in Lod,” he says, in reference to the Nazi pogrom against German Jews in 1938.