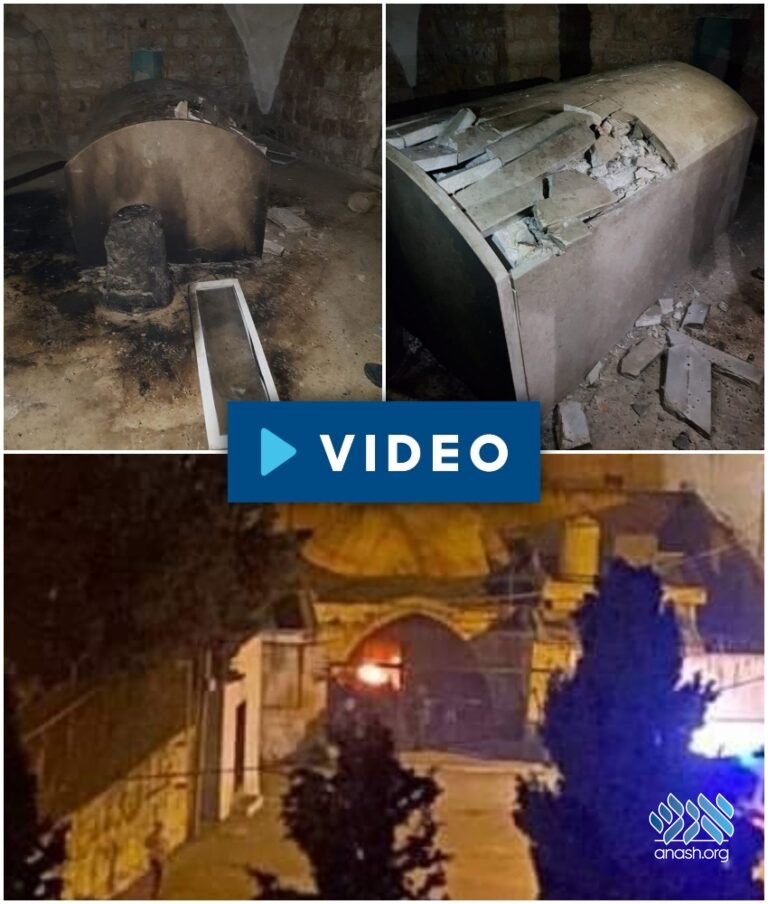 100 Arabs rioted at the site of Kever Yosef HaTzaddik in Shechem overnight Motzei Shabbos, smashing the matzeivah and other parts of the site, and setting multiple fires in the area.

100 Arabs rioted at the site of Kever Yosef HaTzaddik in Shechem overnight Motzei Shabbos, smashing the matzeivah and other parts of the site, including the chandelier above the kever, the electrical closet, and a water tank, and setting multiple fires.

Arab rioters had previously caused extensive arson damage to the site in 2015, after which the Shomron Regional Council sent its own teams to restore and renovate the holy site.

The vandalism comes amid the second night of arrest raids made by Israeli security forces following a fatal terror attack on Thursday night in Tel Aviv that claimed three lives. The terrorist, Raad Hazem, 28, was from the nearby Palestinian city of Jenin.

“We will not accept this kind of an attack on a place that is holy to us, particularly on the eve of Passover,” Prime Minister Naftali Bennett said. “We will reach the rioters. Of course, we will make sure to rebuild what they destroyed, as we always do.”

Defense Minister Benny Gantz said “The vandalism of Kever Yosef is a serious event and a grave violation of freedom of worship in one of the holiest places for every Jew. It violates the feelings of the entire Jewish nation.”

“The State of Israel will take action to ensure that the site will be refurbished and quickly returned to its original condition. In addition, we will take all the measures necessary to prevent such incidents.”

Kever Yosef, built on the site of the biblical city of Shechem, remained in IDF’s hands after the 1993 Oslo Accords but was handed over to the Palestinian Authority in October 2000.