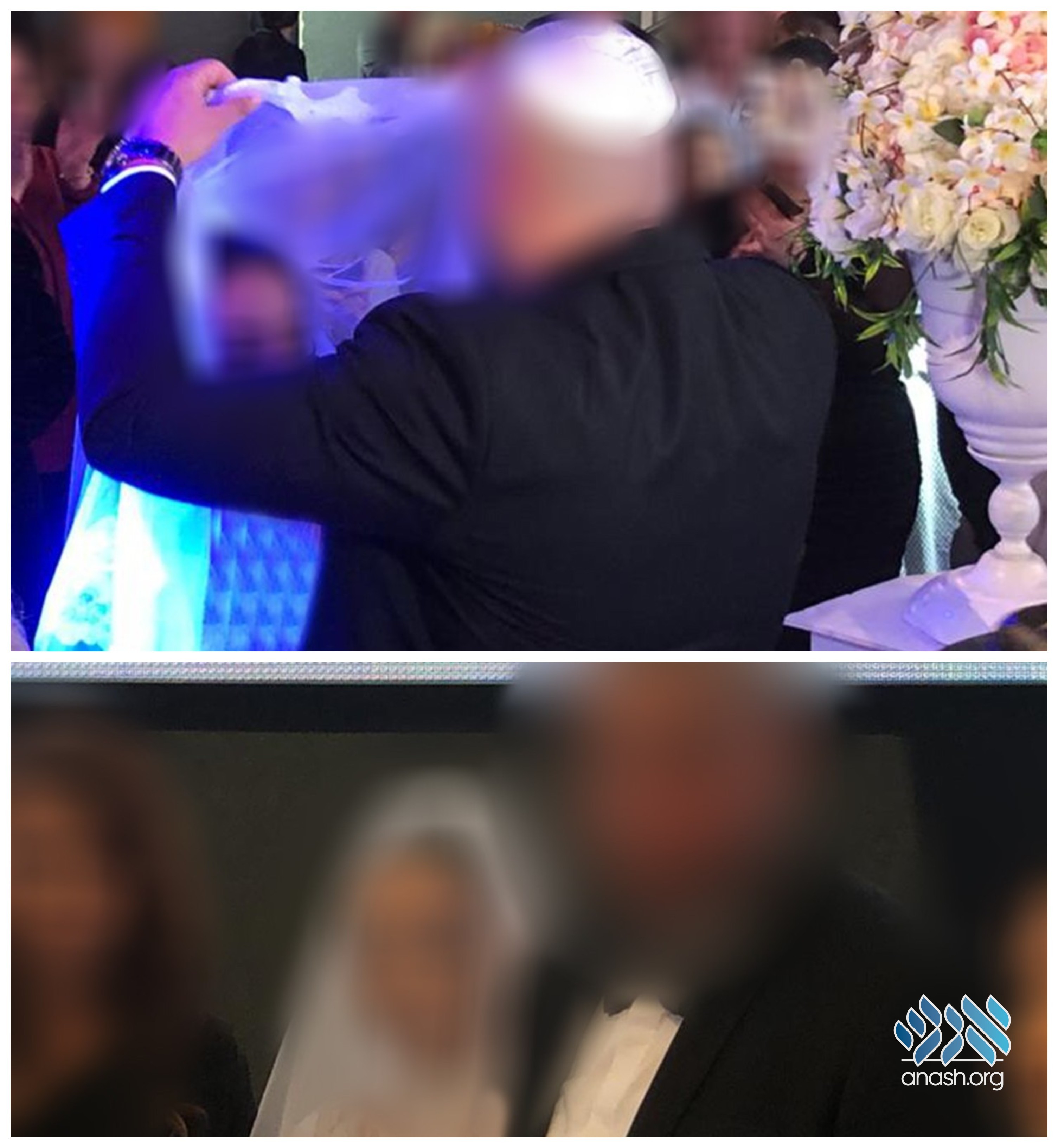 Last week, Yad L’Achim celebrated the wedding of Moshe and Chana, who went through tumultuous experiences growing up as children of mixed marriages. But it was those very ordeals that brought them together.

Very few of the guests at last week’s wedding of Moshe and Chana were in on the secret. Most assumed they had been invited to the tiny event to bring joy to an orphaned groom and bride forced to cut their guest list at the last moment due to the coronavirus.

The secret involved the long journey taken by both the groom and bride to reach the chuppa. They had been raised as Muslims in Arab villages, children of Jewish mothers and Muslim fathers.

The groom was born in an Arab village in the Shomron, the oldest of six, and given the name Moussa. When his mother Ettie was rescued by Yad L’Achim two years ago, together with the other children, he decided to stay behind.

In the years leading up to the rescue, when Moussa heard his mother discuss running away together with his siblings, he became angry.

“I have no intention of becoming a Jew,” he proclaimed. Moussa was upset with his mother: “Either she submits like the rest of the women in the village or she should leave by herself. We are remaining here, as Muslims.”

When Ettie realized that time was running out for her to escape, she decided to leave Moussa in the village. On the advice of Yad L’Achim staffers, and with a heavy heart, she kept her son in the dark about her plans. There was fear that he would try to torpedo the rescue, jeopardizing not only his mother and siblings, but the members of the Yad L’Achim security team who orchestrated the complex rescue.

When Moussa returned with his father at the end of their workday to an empty house, they went into a rage. His mother’s phone number had been changed right away, but that didn’t stop Moussa from sending a barrage of text and voice messages to the old number, peppered with threats and curses.

At first, Ettie went through a difficult period in her secret house, where she had been brought for her safety. But with the help of supportive families on her settlement in the south of the country she felt hope that the future would be brighter.

She never gave up on her son and her prayers were answered. A year and a half later, Moussa expressed interest in joining her and his siblings. His transformation didn’t happen overnight, but was the result of careful planning by Yad L’Achim, which put his younger brothers in touch with him and had them share how happy they were in their new life.

Yad L’Achim’s security division got involved to make sure that the reunion would pose no harm to Ettie or the children. Only after verifying that Moussa’s intentions were sincere did they allow mother and son to meet. This was the first courageous step taken by Moussa, which was followed by others, until he decided to leave his past behind and return to his mother, siblings and the Jewish people.

The story of the bride was also tumultuous She grew up as Chanin, the third of four children to a Jewish mother and an Arab father in an Arab village in the Triangle. After witnessing her father’s violence toward her mother and the way her older sisters had been forced to marry men in the village, she protested to her mother.

Again and again she pleaded with her mother not to give in to the caprice of her violent father, to no avail. When she herself became the target of his blows, she decided that she would not put up with it. In the dark of night, just like in the storybooks, she tied sheets together and climbed down from her room on the second floor straight to the street. She took along a small valise with some clothes, money and documents, and ran as fast as she could, three kilometers to the main road.

She boarded the first car that stopped for her and a few hours later found herself at the home of her aunt, her mother’s sister, whom she’d never met. The meeting between the two was emotional. At first the aunt refused to believe that Chanin was indeed her flesh and blood, but when she understood it, the two fell into a long, tearful embrace.

Moussa and Chanin each took a long, perilous journey on their way back home. With the close involvement of Yad L’Achim they began to learn about Judaism intensively and acclimated to their new environment.

Two years after her rescue, Chanin met Ettie at one of the special evenings arranged by Yad L’Achim for women rescued from Arab villages, and there was an instant click between the two. By the end of the evening Ettie mustered the courage to propose her son, Moussa, as a shidduch for Chanin.

Women members of Yad L’Achim’s counter-missionary department who knew the two of them gave their blessings and the meeting was arranged.

Moussa and Chanin’s shared experiences led them to believe that they were meant for each other, and a month later they announced their intention to marry.

Yad L’Achim initially planned a large wedding for the two, who’d changed their names to Moshe and Chana, but the coronavirus got in the way. In order not to delay the wedding indefinitely, the couple decided to go ahead with a small ceremony on a settlement in the Shomron.

“Right now, we are working to rescue Chana’s Jewish mother from her violent husband,” a Yad L’Achim official said. “The story of Moshe and Chana gives us the strength to continue rescuing more and more Jewish souls from captivity in Arab villages, despite the difficulties and risks. Their story shows that even when all seems lost, we must not give up hope. We don’t give up on even a single Jew.”