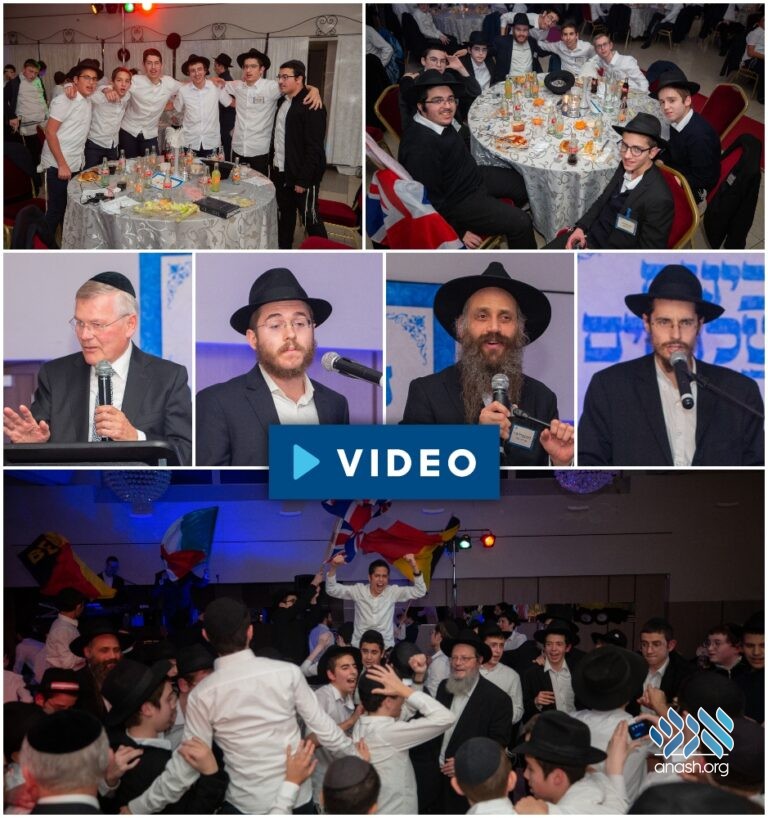 The Antwerp Yeshiva, where a large percentage of the bochurim are shluchim in 24 countries across the world, saluted the young shluchim with a Kinus Hashluchim of their own as their fathers gathered in New York.

While thousands of shluchim gathered in New York for the International Kinus Hashluchim, an event in the Antwerp Chabad Yeshiva saluted their sons, the young shluchim.

The mini Kinus Hashluchim, an annual event in the yeshiva, highlighted this year shluchim from 24 countries across Europe and the Former Soviet Union.

Arranged by the talmidim hashluchim, the bochurim gathered in a hall near the yeshiva for the “banquet”, which included inspiring speeches, a fully catered meal, and even their own roll call.

Fascinating multimedia clips were prepared specially for the banquet, and were played at intervals throughout. Live music was played by Yosef Barami and accompanied by singer Shamil, and the bochurim joined in the singing and dancing.

The event was honored by the participation of community’s Mara D’asra Harav Aharon Shif and the head Shliach of Belgium and Mashpiah Kloli of the Yeshivah, Rabbi Shabtai Slavititzky, who both addressed the bochurim. The banquet was also joined by members of the Yeshivah’s Hanhola and respected members of the Antwerp Community.

The banquet concluded with the traditional roll call followed by “spontaneous” dancing.