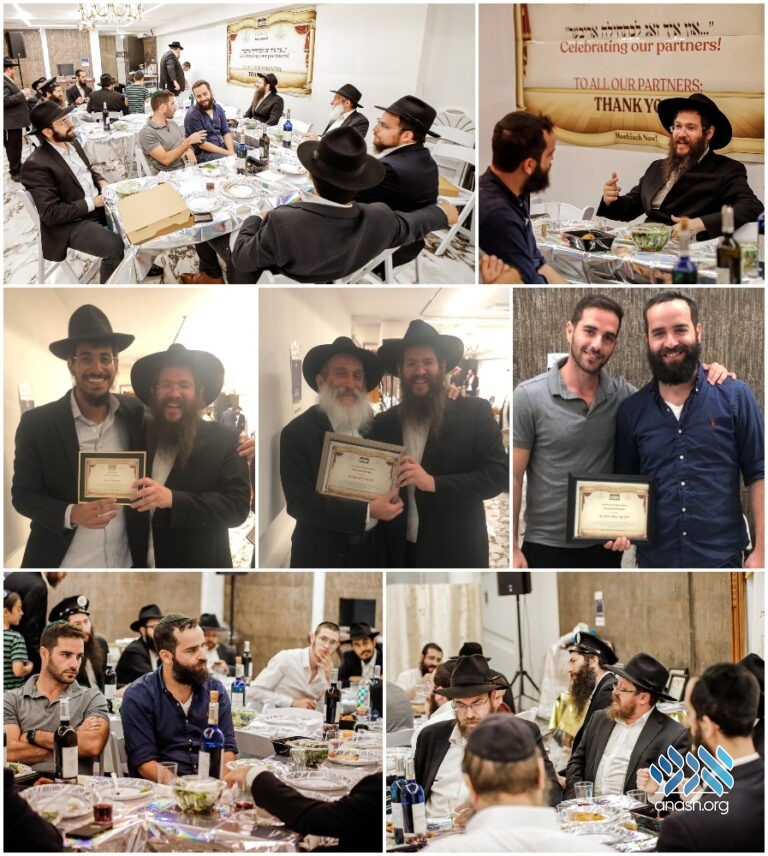 Friends and supporters of ‘Anshei Moshe’ gathered on the yahrzeit of the Rebbe Maharash to celebrate their very own “L’chatchila Ariber” following their successful building campaign.

It was an event honoring a campaign which was one big display of Ahavas Chassidim – a special brotherhood! It was remarkable how members of other shuls all helped out and made the BuildingAnsheiMoshe.com campaign a success in such a unique way.

Of the key points at the farbrengen: When a Yid decides to climb out and ‘leave his box’, he is in the midst of real growth! As he takes that leap ‘Lechatchila Ariber’, the Nefesh Habhamis tries to tie him down. At that point, he needs the critical support of those around him to rev him up to keep him going. At the farbrengen, we all heartfully bentched each other: May we forever be from those serving as ‘Lechatchila Ariber’ ambassadors – helping people move to new heights.

All partners were celebrated, with special thanks to the various team-leaders!