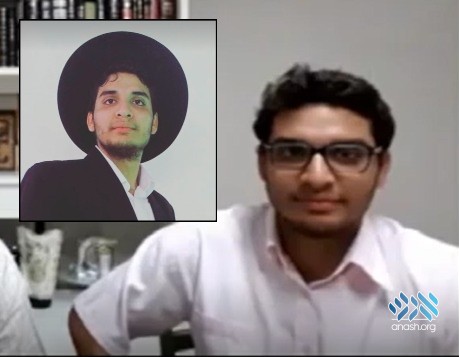 An investigation by an anti-assimilation group recently exposed another missionary family living in Yerushalayim posing as religious Jews.

A special investigation carried out by Yad L’Achim in recent months has culminated in the exposure of a non-Jewish Messianic family living for the past year in the Ramat Shlomo neighborhood in Yerushalayim.

The story began, according to information provided by an organization that is active against missionaries in Spanish-speaking countries, some time ago when a Christian youth by the name of Goncalo Cabral, who lived in Argentina, decided to move to Israel. He made contact with an elderly Jewish woman in his country, and told her of how he had been abandoned by his parents and was helpless. She took mercy on him, brought him into her home and raised him like a son.

Goncalo used his association with her, including her Jewish family name, to trick the Israeli authorities into thinking he was a Jew and granting him entry to the country. He later changed his name again, this time to Ariel Katzenberg.

Once he saw how good things were for him in Israel, he decided to bring over the rest of his family. His parents and younger brothers made it into the country using deceitful means and settled in a religious setting, where they claimed to be descendants of a rabbinic family from Argentina. The children were enrolled in Torani schools, while at home they continued to live as practicing Christians – proclaiming in internal Christian forums their faith in that man.

At this stage, Katzenberg began preaching Christianity to the people around him. When details of his missionary activity reached Yad L’Achim, activists were shocked to discover his true identity and to learn that one of his brothers, who presented himself as Yehoyakim, was learning in a Talmud Torah in a large chareidi city.

The extent to which Goncalo succeeded in “passing” can be seen from the fact that he was accepted as a kosher witness in a Beis Din,  where he testified as to the “Judaism” of a fellow Christian missionary who had similarly masqueraded as a Jew and was seeking to be accepted among Am Yisrael.

Meanwhile, his brother Yehoyakim visited the home of a Gadol where he received a blessing, together with the rest of his class of outstanding students.

The organization is now working to bring to the attention of the broader public the identity of the family of missionaries, and warning people to cut off all contact with them.

“We are shocked to see, once again, the ease with which the Israeli authorities allow Christian missionaries to become an integral part of Am Yisrael,” said one Yad L’Achim official.

“In recent days we have learned of Katzenberg’s mounting activities in chareidi cities, especially Bnei Brak, and we suspect that he is planning a massive missionary campaign. We ask the public to keep an open eye and report to us on his attempts to preach, or on those of members of his family or other missionaries.”