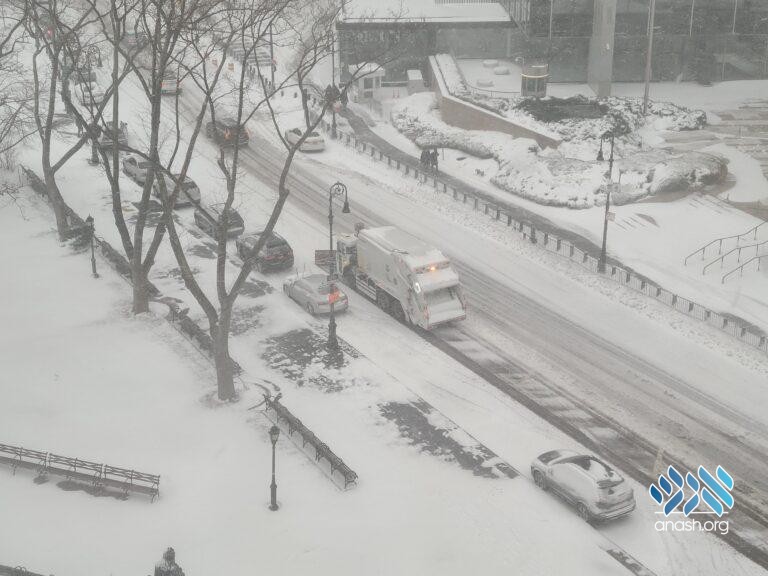 The snowstorm pounding New York City is expected to worsen significantly throughout Monday. Forecasters predict another foot of snow on top of the 6 inches that fell last night.

The winter storm pounding the Northeast could dump up to 18 inches on New York City, and as much as two feet in some surrounding areas amid “near-blizzard” conditions.

Snow began falling in New York City around 5 p.m. ET on Sunday, and about 6 inches of snow already fell across the tri-state area by 6 a.m. this morning.

The worst weather will start late Monday morning and extend into the afternoon. Winds will also be picking up to 20 to 30 mph in the city with gusts of 40 mph, dropping another foot of snow throughout the day.

Mayor Bill de Blasio declared a state of emergency Sunday night, shutting down roadways to all but essential workers and urging everyone else to remain indoors to let emergency vehicles handle three waves of snowfall expected to pile up.