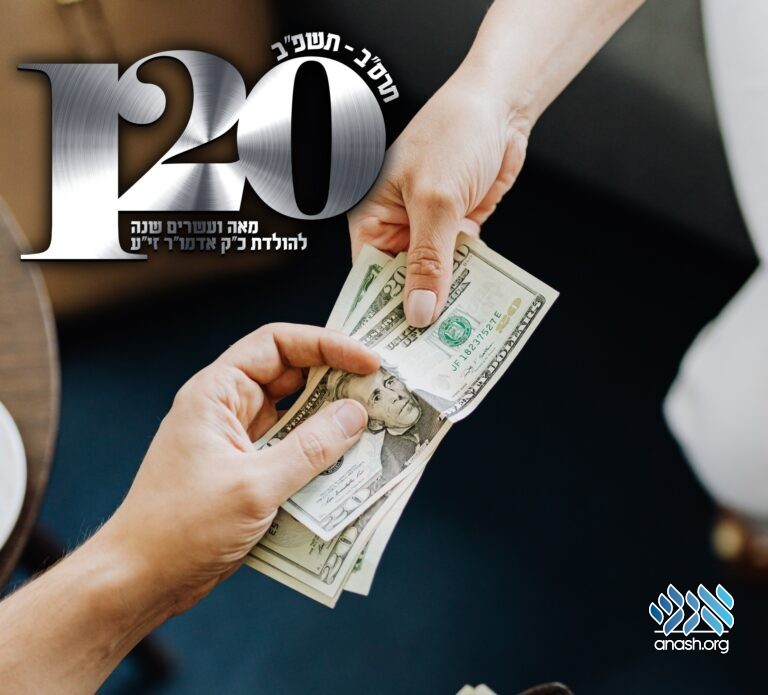 A donor who is giving grants to shluchim in honor of Yud Alef Nissan is publicizing his campaign, albeit anonymously, to inspire others to give gifts to the Rebbe for his 120th birthday.

A personal Yud Alef Nissan project is seeking to creating waves, even with the name of the person behind it remaining a secret.

Hailing from the West Coast, the anonymous Lubavitcher chossid decided that he needs to do something for the 120th Yud Alef Nissan. He came up with the idea to distribute $120 to 120 new shluchim in the weeks leading up to the Rebbe’s birthday, totalling at $14,400 in just a few weeks.

As of the writing of the article, over 100 shluchim have already received the grant, and the remaining grants will be distributed over the coming days.

While wishing to remain anonymous himself, the donor felt it imperative to share the news of his project, hoping to inspire other Lubavitchers to commit to give the Rebbe a gift for Yud Alef Nissan.

“Everyone can give the Rebbe a gift for Yud Alef Nissan, and everyone should absolutely do so this year, the milestone 120th year,” the donor told Anash.org.

The donor is hoping to see even larger donations, funding shluchim, mivtza mataza and new projects ahead of Yud Alef Nissan.

“Each person can choose a number that works for them, but there is no question in my mind that we should be seeing a flood of tzedaka in the coming two months,” he said.