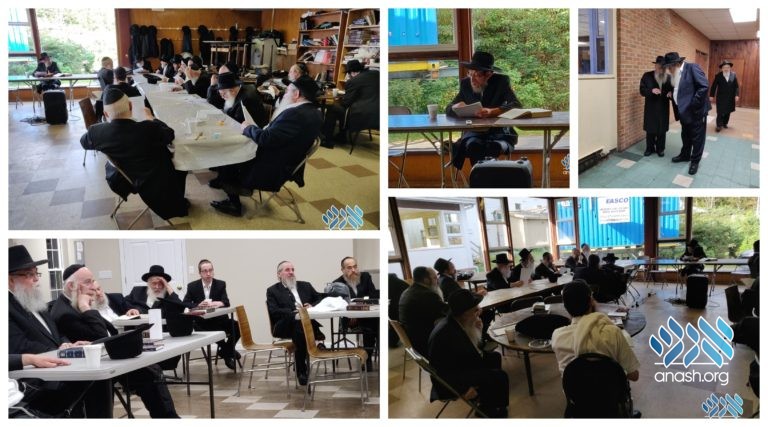 Beginning yesterday, Thursday, scores of rabbonim and roshei yeshiva have been arriving at Camp Gan Yisroel in Parksville, NY, for the annual Yarchei Kallah that takes place in camp. For three days they’ll participate in shiurim and meetings, culminating in the Grand Melava Malka this Motzoei Shabbos.

The Yarchei Kallah has been organized since 5734/1974 by Rabbi Avrohom Shemtov, Chairman of Agudas Chasidei Chabad and director of the camp. It has the distinct honor of being closely associated with the Rebbe’s father, Harav Levi Yitzchok Schneerson, z”l, and takes place in the days near the yahrtzeit. The purpose is so that rabbonim and roshei yeshiva sit together and deal with issues concerning Halacha and the needs of their yeshivos and respective communities.