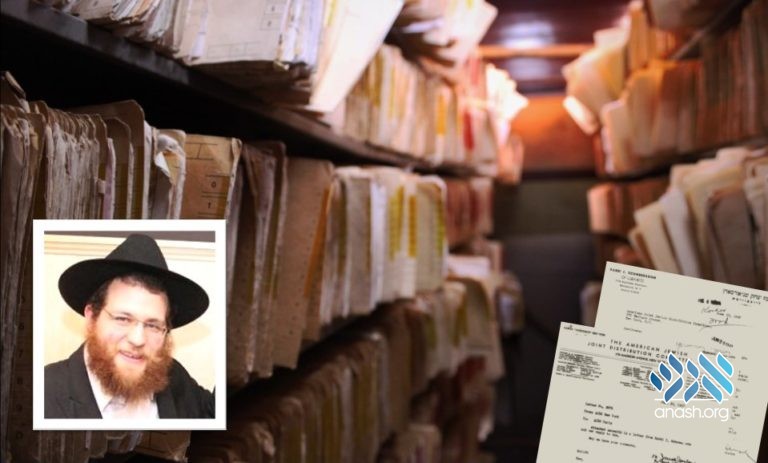 The Rebbe and the AOJS: Chabad historian Rabbi Nochum Zajac shares how the Rebbe urged frum scientists to proudly adhere to Torah’s truth.

In our previous articles about the Rebbe and the Association of Orthodox Jewish Scientists, we focused on the Rebbe’s relationship with specific members of the group, his involvement in their work and his insistence that they must promote undiluted Torah-true beliefs.

The Rebbe frequently guided individuals with varying degrees of influence on the proper way to disseminate Torah and Yiddishkeit. The Rebbe often said that youth needed unequivocal leadership in order to imbue them with the conviction that Torah and Mitzvos are the ultimate truth.

The Rebbe actively advocated for Yiddishkeit to be presented in its pure and unadulterated form, explaining that presenting a watered-down and half-hearted Yiddishkeit was self-defeating. The Rebbe further stated that those who did so seemed ashamed to be regarded as observant Jews.

The Rebbe wrote, ”I need hardly elaborate upon the terrible consequences of such an inferiority complex. Suffice it to remember that it is largely responsible for the so-called ‘lost generation’ which has become more than a coin word. It is truly a cause for shame and pain when one sees an orthodox young man who has both a Rabbinical ordination as well as an academic diploma, yet the whole emphasis is placed on the college degree without mentioning the fact that he is also a Rabbi, except perhaps absent-mindedly.”

In the late 1960s and early 1970s, a diverse array of views on the topic of Torah and evolution were expressed in the pages of the AOJS journal Intercom. These opinions were presented in the journal by both members of the AOJS and guest contributors.

In the August 1971 issue, a biology teacher named Dr. Fred Bohensky penned an article titled Straddling the Fence in Science Education. Dr. Bohensky wrote that while the belief that the earth is billions of years old can be accommodated by Jewish sources, “it is the question of man’s origin that cannot be compromised … Here one must take a stand one way or the other.”

Bohensky added that in order to help his students through this very emotionally difficult conundrum, he would explain to them that he had chosen belief in special creation over evolution due to his commitment to Jewish tradition — and if one believes that one’s parents and rabbis form a chain reaching all the way back to Hashem’s revelation to Moshe Rabeinu, then this must be the response.

Dr. Harry Faier, a theoretical physicist and one of the periodical’s editors, rejected that notion in a responsive piece titled Evolution, Creation, etc.

In 1973, The Rebbe’s views on evolution made it to the front pages of Intercom. In that issue, Dr. Faier printed two letters he had received from the Rebbe, who had written to share his distress over the recent Intercom articles promoting non-literal interpretations of Bereishis.

The Rebbe wrote as follows: “To put it bluntly, some orthodox Jewish scientists seem ashamed to declare openly their adherence to such basic tenets of the Torah as, for example, that G-d created Adam and Chava… When I ask them, squarely, how do they reconcile this lack of conviction in basic Torah matters … The answer is that they have managed to compartmentalize their day – Tefila and Torah etc. being one department, science another.”

The Rebbe also specified that he believed that the kedusha of Shabbos is dependent on a literal reading of Chumash Breishis.

“The attempt to ‘reinterpret’ the text of the first section of Breishis to the effect that it speaks of periods or eons, rather than ordinary days … is not only uncalled for, but it means tampering with the Mitzvah of Shabbos itself… For if one takes the words ‘one day’ out of their context and plain meaning, one abrogates the whole idea of Shabbos as the ‘seventh day’ stated in the same context. The whole idea of Shabbos observance is based on the clear and unequivocal statement in the Torah: ‘For in six days G-d made the heaven and the earth, and on the seventh day He ceased from work and rested’ – days, not periods.”

In Sivan 5730 (1970), the NCSY published an anthology titled ‘A Science and Torah Reader.‘ In the volume’s introduction, the editor notes, “We have occasionally offered varying approaches in resolving what appear to be conflicts between science and Torah.”

The second entry in this publication was a letter from the Rebbe to a student who felt that his loyalty to Torah was weakened due to his difficulty reconciling his scientific beliefs with the Torah’s account of creation. The Rebbe’s response specified the young age of the earth — less than six thousand years- and how one should relate to scientific theories.

In 1976, the AOJS published their own anthology, Challenge: Torah Views on Science and Its Problems., which dealt with the relationship between Torah and science. This book was co-edited by two British AOJS members, the previously mentioned Dr. Cyril Domb and Rabbi Aryeh Carmell.

In this volume, the editors presented a spectrum of views which they believed reflected authentic Torah perspectives on evolution. The editors included arguments in favor of accepting evolution, as well as standpoints which were highly critical of regarding evolution as a credible theory.

While some members of the AOJS held the former view, Dr. Domb chose to publish the Rebbe’s letter which had previously been published in the NCSY’s anthology. It was the first essay in the section dealing with creation and evolution; only afterwards were differing views published.

In an introduction to the article, the editors wrote the following:

“Rabbi Menachem Mendel Schneerson, the seventh Lubavitcher Rebbe, is one of the outstanding Torah personalities of the present generation… During the past 25 years his inspiration and guidance have led to an enormous expansion in the scope and activities of the movement, and branches now exist all over the Jewish world. The Rebbe has paid particular attention to estranged Jewish intellectuals, and the letter reproduced here was written to one of these who was experiencing difficulty reconciling Science and Judaism.”

As it happens, Dr. Domb held some differing views on the validity of evolution; still, he chose to begin with the Rebbe’s letter.

“The theory of evolution has many scientific headaches and shortcomings,” Dr. Domb acknowledged. “But there is no reason why a religious Jew should not accept the theory as a current summary of biological knowledge.”

The Rebbe, however, considered this view to be apologetic, stating that the Torah’s account of creation was literal and precluded the possibility of the world being billions of years old.

Although the Rebbe disagreed with Domb, he continued to encourage the scientist to write, and advocated for other scientists to submit articles to this publication as well.

Dr. Domb wrote about the Rebbe in the following manner: “I am not a Chabad follower, but I am a follower of the Lubavitcher Rebbe. I consider him an outstandingly wise and extraordinarily able personality, and would treat any advice he gave me seriously.”

It is worth mentioning one final anecdote that, although not directly related to the above subject matter, highlights the Rebbe’s regard for the AOJS.

On Adar 1, 5738 (1978), the Rebbe sent out a confidential request asking doctors specializing in neurology and psychiatry to develop a meditation program that could serve as an alternative for meditative practices from the Far East, which were gaining popularity in America.

Dr. Yehuda Landes, a psychologist in Palo Alto, California, responded positively and soon launched a pilot project. This resulted in extensive back and forth correspondence between the Rebbe and Dr. Landes regarding the direction this program would take.

In a letter dated 15 Menachem Av, 5738 the Rebbe writes: “It would also be well to get in touch and enlist the cooperation of the Association of Orthodox Jewish Scientists — National Office: 116 E. 27th St., NYC 10016. (Their Annual Convention is scheduled for next week.).”

Readers who have any additional light to share on the content of this article are encouraged to do so in the comments, or by emailing N.Ahavaschesed@gmail.com. To read Rabbi Zajac’s full article, complete with sources, click here.