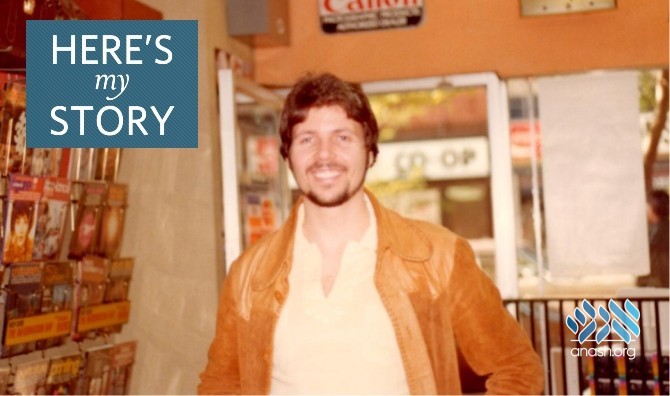 On two separate occasions, Mr. Yaakov Abrams wrote to the Rebbe about serious personal challenges he faced. The answers he received were completely different if not opposite.

Mr. Jay B. (Yaakov) Abrams is a business appraiser and author of four books on business valuation who lives and works in Valley Village, California. He was interviewed in September of 2011.

While I was enrolled as a graduate student at the University of Chicago – a time when I was just becoming religious – I faced a serious personal problem. Suffice it to say that it was an extremely difficult situation and I was in tremendous emotional pain, so I decided to write about it to the Rebbe. In my letter – which was about a dozen pages long – I detailed the entire background of the matter, its history, its issues, totally pouring out my heart.

The Torah of Life expects a Jew to do what is necessary in the natural order while placing complete trust in G-d for success. Thus, in matters of health, the Torah clearly instructs [one] to see a medical specialist and follow his instructions. At the same time, one must pray to G-d to send His blessings in this and all needs, as it is written “And G-d will bless you in all that you do.”

The Rebbe gave me his blessing for “substantial improvement” in my situation and concluded by pointing out that we had just celebrated the holiday of Shavuot, when we commemorated the Giving of the Torah and its commandments at Mount Sinai. These commandments, he wrote, are channels through which we receive G-d’s blessings both spiritually and materially.

In other words, the Rebbe was saying that, if I applied myself to keeping the Torah, I could expect to transform my life.

Truth be told, I was a bit disappointed by that response. I had been expecting some amazing blessing that would miraculously transform the situation without my input, so I went to mystics for guidance, which I followed until it became clear that doing so would lead to disaster.

In retrospect, I realize just how right the Rebbe had been – at that time in my life I needed to make my way within the confines of nature, while trusting in G-d and asking for His help. If I did that, things would ultimately work out for the best. A miraculous blessing was not the solution.

But then came a time in my life when a miraculous blessing was called for and the Rebbe readily gave it.

This happened in 1986, when my late wife Chanah became pregnant with our first child. It was an extremely difficult pregnancy and she was very ill, throwing up eight times a day. If she was awake, she was nauseous.  She threw up everything that she took in – even water. She became so sick that there was no life to her.

The doctors put her on intravenous fluids to keep her hydrated, as her veins had nearly collapsed. By the third month of pregnancy, she had lost nearly 20 pounds and looked like she was at death’s door.

Finally, the doctors decided that the whole situation was becoming dangerous for her as well as the baby, and they proposed implanting a catheter in order to supply total parenteral nutrition (TPN) and thus nourish her and the baby. If that didn’t work, they said, an abortion would be required, because she would not make it through the pregnancy.

When we were told this, I called the Chabad House in San Diego where we were then living and spoke with Mrs. Chana Boas. Her advice was very forceful: “You must call the Rebbe! Promise me you will call the Rebbe!”

I called the Rebbe’s office and spoke with his secretary, Rabbi Leibel Groner, telling him exactly what was going on, all the details of my wife’s condition and that surgery was imminent – in fact, she was to report to the hospital four hours hence. He said that he would go to the Rebbe immediately to ask for a blessing.

At the time of that conversation, I was at work, and an hour and twenty minutes later (I remember looking at the clock), I decided to go home for lunch. I remember struggling with myself to call my wife to tell her that I was on my way home. It was so painful to listen to her voice of utter despair. Day in and day out, this person whom I really loved was suffering so much and seemingly losing her will to live. So, I hesitated whether to call her or not. But I did call and was astonished to hear a vibrant female voice answer the phone with “Hello!”

I couldn’t believe it was my wife. She sounded so normal!

“Chanah, is that you?” I asked in shock.

“You sound so much better,” I said.

“Yes,” she confirmed. “I got up and went to the kitchen and made some breakfast, and I actually held it down.”

I drove over the speed limit and was home in five minutes to find the woman who just that morning had no will to move, no will to live, acting normal. It was just amazing and, of course, we cancelled the surgery.

The next day we got a call from Rabbi Groner who said that the Rebbe had a message for us: “It’s the month of Elul, and the King is in the field.” By this he meant that, during the month just before Rosh Hashanah, G-d is most accessible.

The Rebbe cared enough to have his secretary call us back. How many thousands of people were calling the Rebbe every week? Yet he took the time not only to give us his blessing but also to send us this message: “The King is in the field.”

It was an important and life-transforming message. The King really was in the field and heard our call for help. And I attribute that to the Rebbe’s intervention.

A skeptic might say, “She had a rough first trimester and it happened to end within an hour and twenty minutes of when you called the Rebbe. It’s just a coincidence.” But to me it was miraculous. I know that many women have difficulty in the first trimester, but not to the extent my wife did. She was near death, and if not for her sudden recovery, she might not have made it.

But she did, and six months later – on the 24th day of the Hebrew month of Nissan, 1987 – she gave birth to our son Yonasan who now serves as a Chabad emissary in Temecula, California.