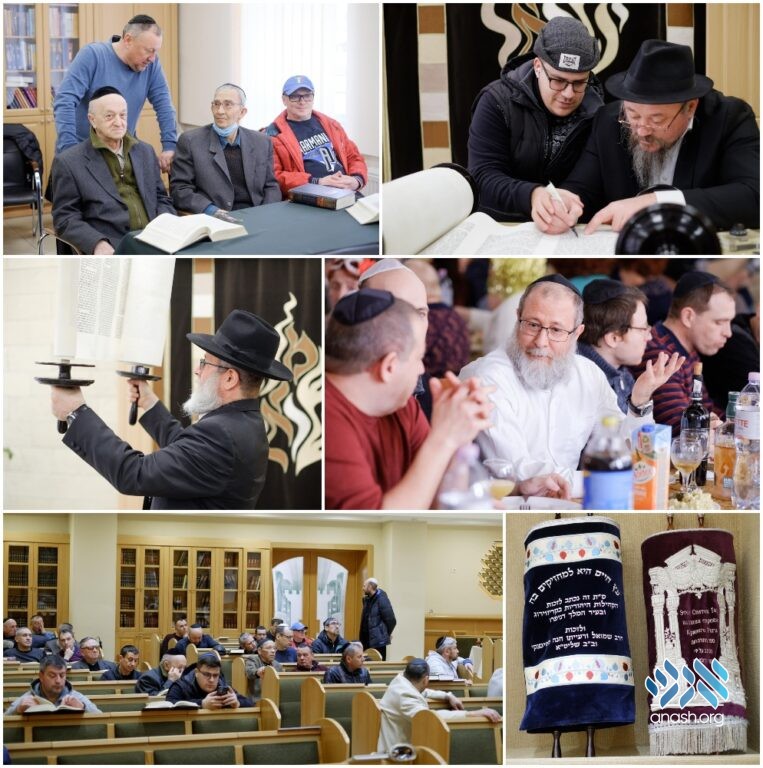 As the Russian invasion continues to pummel Ukraine, a new Torah was welcomed in Kryvyi Rih, a city in the Dnepropetrovsk region of Ukraine and the birthplace of Ukrainian President Volodymyr Zelensky.

Even a raging war can’t extinguish the flame of Torah. In Kryvyi Rih (Krivoy Rog in Russian), a city in the Dnepropetrovsk region of Ukraine and the birthplace of Ukrainian President Volodymyr Zelensky, about 200 Jews celebrated a Hachnas Sefer Torah late last week at the Stern Shulman shul.

Rabbi Liron Ederi, shliach to the city who remained throughout the war with the remaining members of the community, said: “The Sefer Torah is dedicated to the protection of the area, its residents, and peace in Ukraine. Despite everything, no one will defeat our spirit.”

Prior to the war, almost 650,000 people lived in Kryvyi Rih, including thousands of Jews and Zelesnky’s father, Prof. Aleksandr Zelensky, who was a member of the city’s Jewish community until he left the city in recent months. President Zelensky himself has visited the local shul several times in the past.