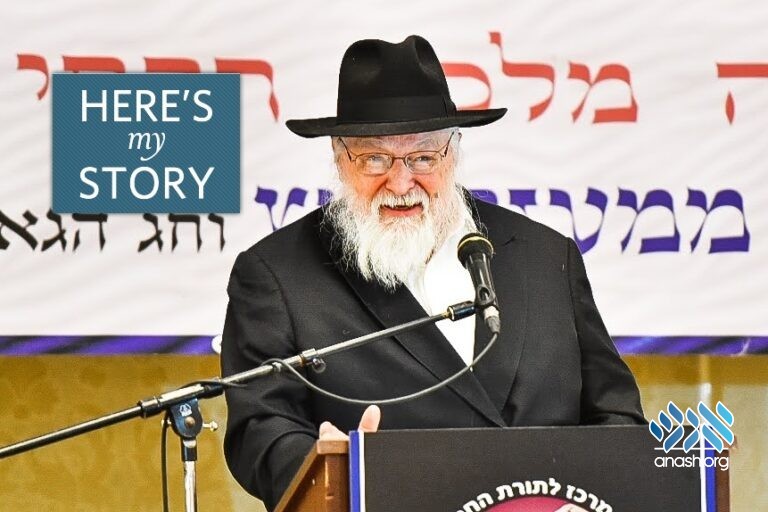 In 5730, when the group of bochurim-shluchim in Melbourne, Australia heard that there was a possibility to broadcast the Rebbe’s farbrengen, they spared no effort or money to make sure it happened.

For nearly fifty years, Rabbi Leibel Altein has worked to publish the Rebbe’s talks and the teachings of the previous Chabad Rebbes. Today, he is the director of Heichal Menachem in Borough Park. He was interviewed in August of 2020.

One winter day, I was sitting with a few other yeshivah students in the study hall in 770, when Rabbi Binyomin Klein, the Rebbe’s secretary, came over to us. He wanted to know whether we’re willing to go on a list from which the Rebbe will choose emissaries to send to Australia.

Two years earlier, the Rebbe had begun sending out groups of yeshivah boys as student- emissaries to the Yeshiva Gedolah of Melbourne. Since these groups went out for two years and Australia was far away, one could only be a candidate if found to be in good physical health, and only with his parents’ consent. My brother had been a part of that first group, and I asked Rabbi Klein to put my name down as well.

For a few weeks, we didn’t hear anything. But then, in the middle of a lively gathering the day after Purim, 1969, I got a tap on the shoulder. It was Rabbi Klein, summoning me to the office of Rabbi Hodakov, head of the Rebbe’s secretariat. I was going to Australia.

We were set to travel in time for Passover. Before leaving, the whole group — myself and five others — had a private audience with the Rebbe. When we came into his office, there was a box of matzah on a table at the back of the room. While standing behind his desk, the Rebbe addressed us: Now that the first group had just concluded their mission, he began, it was up to us to expand on the work that they had begun. He instructed us to each take one whole matzah and two broken pieces and then gave each of us thirty-six dollars, to be distributed to the pre- Passover charitable fund in Australia.

That same day, the Rebbe edited a written transcript of his address to us, adding footnotes that explained every detail of our audience. For example, with regards to the money he gave us for the Passover charity, he wrote: “See the Alter Rebbe’s Code of Law, 429:6.”

What does the Alter Rebbe write there? The law is that all the residents of a city are obligated to contribute to a pre-Passover fund for any locals in need. Who is considered a resident? One who has been living in a city for thirty days.

However, he goes on to write, this is only for someone living there temporarily. If one moves to a city, the duty to contribute to the local charity is effective immediately.

Clearly, the Rebbe held that this law applied in our case. He was telling us that although we were being sent on a two-year mission, during that time we were to consider ourselves permanently stationed in Australia. As an emissary of the Rebbe, you don’t look at the calendar to check how much longer you’ll be there; every second you are there is forever.

This edited address was later read out at the farewell the yeshivah put on for us that night. A few days later, we set out to Australia.

Once we got there, we really felt like we were cut off from the rest of the world. Communications then weren’t what they are nowadays. A telephone call to America was unheard of; you called for an emergency. The only way we found out about the Rebbe’s farbrengens was when a letter came by post. Somebody would write a few lines summarizing what the Rebbe had spoken about, and if it was a weekday gathering, they would send a tape recording. Who knows when we actually got it.

That year marked the twentieth anniversary of Rebbe’s leadership. People traveled from all over to celebrate this momentous occasion in the Rebbe’s presence, but we were stuck on the other side of the world. Meanwhile, in Israel, a few people had the idea to broadcast the celebration live by hooking up a telephone line directly from 770. So once we heard about the concept of a live broadcast, we knew we had to do it as well.

The cost was exorbitant — you had to pay a premium rate per minute for an overseas phone call, and a farbrengen went on for hours. I tried to collect funds from the local community, and I asked my sister to mail me all the money I had received for my Bar Mitzvah.

The time difference added more complications. On Thursday, the 12th of Tammuz, there was a gathering that started in New York at 9:30 PM, which was just a few hours before Shabbat in Australia.

We set up the broadcast with a speaker system in the main synagogue, and as Shabbat approached, some of the Australian members of the community began strolling into the synagogue wearing their Shabbat clothes with their tallit bags tucked underarm.

As the farbrengen drew to an end, the Rebbe began to sing a chasidic song — Ki Elokim Yoshia Tzion — with such energy that we all stood up and began dancing. Reb Chaim Serebryanski, a member of the Chabad community, had brought in food and spirits for our own farbrengen, and soon, the entire synagogue was on wheels, as they say, filled with singing and dancing. The more staid, buttoned up locals took one look at all this, and were in utter shock. But it was the first time we listened to a complete farbrengen in Australia, and we could not contain our excitement.

Then came the next major farbrengen, five months later, on the 19th of Kislev. The way the broadcasts worked was that every location connected to 770 by calling a different telephone number, and if it didn’t work, there was an emergency number. We called ours, and for some reason, we couldn’t connect. We tried the emergency number, and it didn’t work either. We knew the farbrengen was already starting, and nothing was happening.

After about an hour, we suddenly got a line. Somehow the call went through, and just as it did, the Rebbe started speaking about Australia.

Recently, the Rebbe recounted, he had been asked a question concerning the Yeshiva Gedolah of Melbourne. The small building that housed the yeshivah had been bought up by developers and an offer came up to purchase an entire campus for the yeshivah, but it was quite expensive. Not knowing what to do, some people wrote to the Rebbe asking whether to buy it.

The Rebbe responded at the farbrengen by asking sharply, “Why are they wasting money asking questions on an overseas phone call?” In other words — what’s the question? “The answer is simple,” he concluded, “expand!”

They should have already moved out of the smaller building on their own initiative, the Rebbe said. But since they hadn’t, Hashem had orchestrated events in a way that forced them to move into a new and more spacious home. Then, to actively participate in the purchase of the new building, he pledged to send a donation to the yeshivah.

All of this happened at the precise moment that the broadcast came on. And when he concluded, the Rebbe invited everyone to say l’chaim — and he especially singled out those of us listening from Australia, to respond and say l’chaim as well.