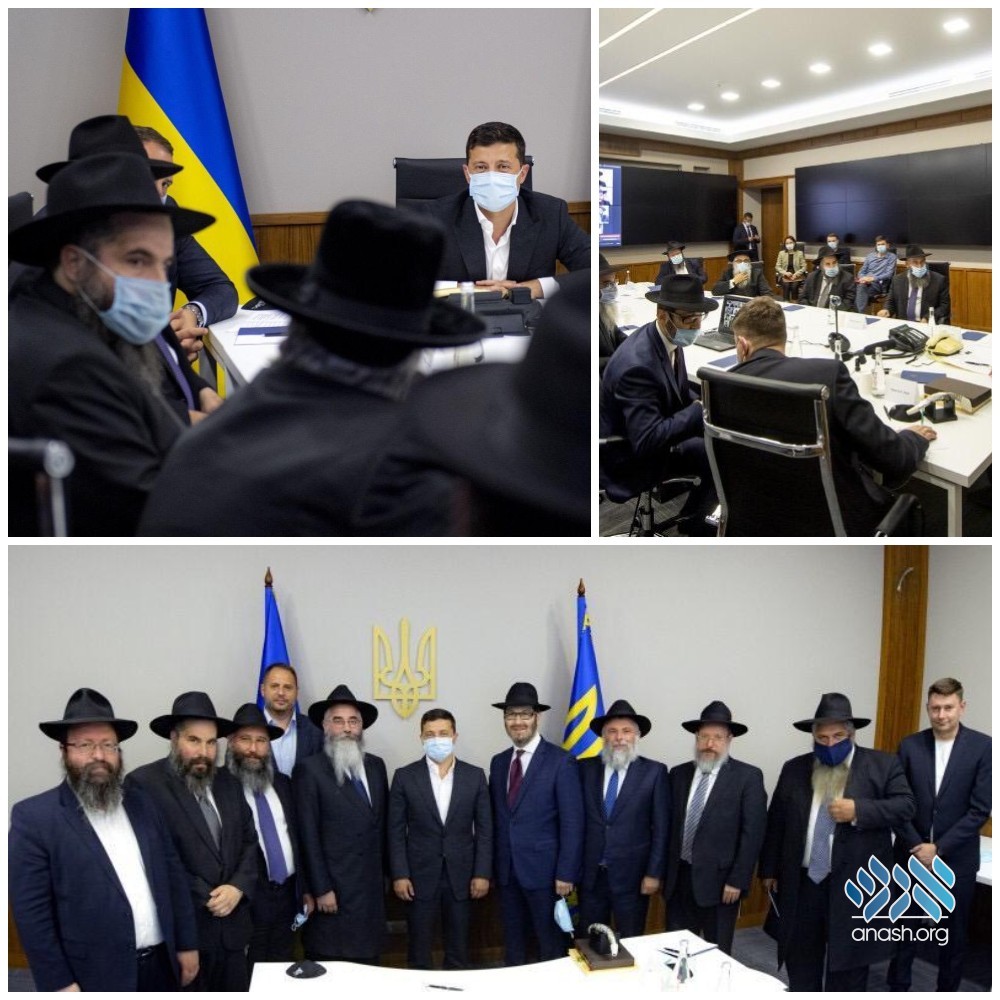 Ukraine’s Jewish President Mr. Volodymyr Zelensky invited all the country’s rabbis to a pre-Rosh Hashana presidential meeting. They inaugurated the meeting with blowing the shofar.

Rabbi Raphael Rotman opened the meeting with blowing the shofar in honor of the month of Elul.

President Zelensky began his remarks with a greeting to all the Jews of Ukraine in the run-up to the new year, later expanding on the difficulties posed by the struggle with the coronavirus and the steady rise in morbidity.

The rabbis shared with the president the plight of the Jewish communities in the country, the impact that Shul closures has on their communities, and the transfer of Jewish life from the shuls to the home.

They later spoke of the importance and value of life in the Torah, of the mitzvah of ‘VeNishmartem Meod Lnafshoseivhem.’ They added that as leaders, the role of the rabbis is to show a symbol and example in the matter.

Shliach to Dnipro Rabbi Shmuel Kamnitzky thanked the president for mentioning the Menorah Center in his official speech on Ukraine’s Independence Day a few days ago.