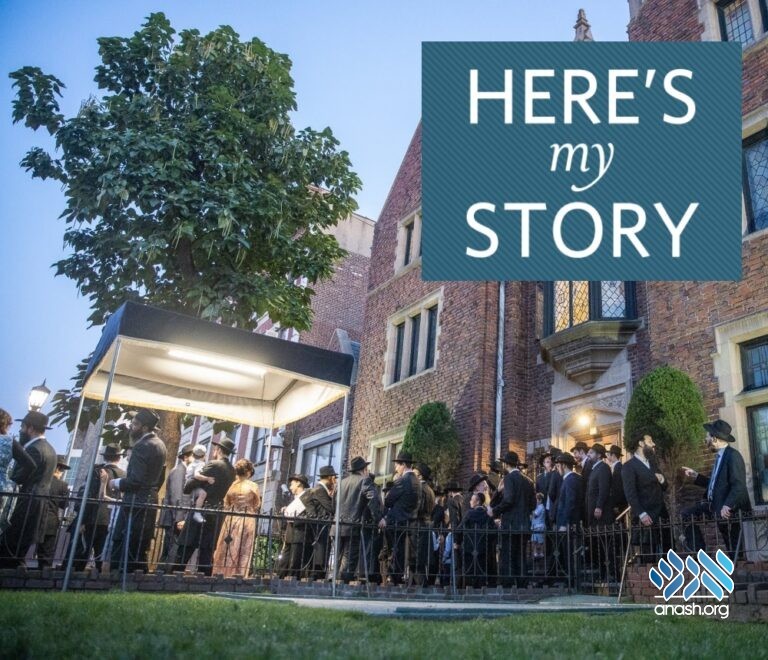 When the Rebbe asked Mrs. Yehudis Fishman what she thought of a young man she had met on shidduchim, she replied “I have basic ahavas yisroel for him”. The Rebbe smiled in response.

Mrs. Yehudis Fishman has been teaching Torah and chasidic philosophy for over fifty years. She is the spiritual director of Aish Kodesh in Boulder, Colorado, where she was interviewed in February of 2016.

My first Chabad encounter with Chabad came about in 1960 when I was seventeen, and a friend invited me to a farbrengen where the Rebbe spoke. From that moment, I was totally smitten with the movement. It was a very cold winter day, and I remember feeling that although my body was frozen, my soul was on fire.

I began to study chasidic philosophy, and when I graduated high school, I enrolled in a highly regarded institution of advanced learning for young Jewish women, the Bais Yaakov seminary in Williamsburg.

Every day, after school, I worked as a nanny in the home of a prominent rabbinic educator. While tending to the children, I unknowingly drew the attention of an older couple who lived nearby. They approached me and explained that they had noticed my love for Torah and offered to pay my way to Israel to meet a young man who headed a Kabbalistic seminary there. They were convinced we would be a good match for marriage.

At the time, I had no one to ask for advice about such a serious matter. The offer sounded exotic and interesting, but I wasn’t sure it was suitable for me. Besides, I was only eighteen years old. The well-meaning couple really didn’t know me or know what I was looking for in a life-partner. How could they suggest a soul-mate for me? The more I thought about it, the more distraught I became, but I didn’t know whom to ask for objective advice.

It was then that I decided to go to the Rebbe. I didn’t know the proper protocol, so I just arrived at Chabad Headquarters at 770 Eastern Parkway, sat down on the steps outside the building and, not knowing what else to do, started to cry.

While I was sitting there sobbing my heart out, an elderly gentleman approached me — I later learned he was Rabbi Mordechai Hodakov, the Rebbe’s chief secretary — and asked me what was wrong. I explained why I needed to speak with the Rebbe.

He said, “Wait here a minute,” and went inside. He returned a short while later and informed me that I had an appointment with the Rebbe the very next day.

The next day, after a sleepless night, I had my audience with the Rebbe. When I walked in, my knees felt like jelly, and I held onto his desk for support. But as soon as I looked into the Rebbe’s calm, clear, compassionate blue eyes, I was able to relax somewhat.

After I explained my predicament as concisely as I could, the Rebbe responded, “This young man is in Israel and you are in America. He is there and you are here. You are very different from each other.” Then he added, “You should remove him from your agenda.”

I walked out exhilarated and relieved, not just because I had received a direct answer from someone I trusted, but because I had found my mentor. From that moment on, I was certain that I had acquired not only a guide and a teacher, but also a compassionate friend, and — most important for me — a father figure, especially since my own father had passed away when I was only ten.

Not long after this audience, someone else suggested a young businessman as a suitable match for me. I met with him a few times, but I was unsure if he was truly my soulmate. This time, I went to Chabad Headquarters and asked to make a proper appointment with the Rebbe.

When I saw the Rebbe, and I described my dilemma, he asked me point blank, “Do you like him?”

It was an obvious question, but to me, coming from a rabbi, a totally unexpected one. I gulped before replying, “I feel a basic love of a fellow Jew for him.”

The Rebbe grinned from ear to ear and said, “For a husband, one must feel more than a basic love of a fellow Jew.” I took this as an indication that I should not pursue this match any further. And, shortly after this, I met the man who would be my future husband.

After I married, I was living with my husband in Worcester, Massachusetts, and teaching elementary school. At this time, I remember an audience with the Rebbe when I told him that I was feeling a little sad and lonely. In response, the Rebbe said, “A teacher should never be lonely because if she is teaching children who are going to continue learning and eventually teach others, the teacher can have pleasure and enjoyment from that.”

On another occasion, during a long wait to see the Rebbe, I started writing down some philosophical questions on a little piece of paper which I put in my pocket. During that audience, after I had discussed all my pressing issues and I was preparing to leave, the Rebbe asked me, “Don’t you have anything else you want to ask?”

In response to his invitation, I pulled out my little piece of paper and presented my questions. First of all, I wanted proof that the Torah is really true, and if there are other religions that can make a similar claim.

The Rebbe responded at length. He explained that the chain of Jewish tradition goes back straight to Mount Sinai where the entire Nation of Israel — approximately three million men, women, and children — witnessed an encounter with G-d. This is unlike the founding of any other religion. From the moment of this mass revelation, we formed an unbroken chain of transmission from parent to child, throughout the generations. As a result, we, the Jews, have a record as good as that which proves the existence of a historical figure like George Washington. We can rely on that record and no other religion can make such a claim.

My next question was more of a personal kind. I asked, “If given a choice between doing something that is hard and goes against one’s nature, versus something that is compatible with one’s natural strengths, what should one choose?” In response the Rebbe quoted the Talmud, “Chatof v’echol — Grab and eat,” which has a parallel in English idiom: “Seize the day.” He explained that now, as we approach the Messianic era, we should all seize any opportunity that comes our way to do a mitzvah, whether it’s easy or difficult.

I also asked him about another issue that was personal to me — the laws of gender separation and why the Torah is so strict regarding this matter. He answered, “The potential power of male-female bonding is like atomic energy. When used in a positive and holy way, there is nothing more powerful and valuable in the world. But when used recklessly and not in a sacred context, it can be the most destructive force in existence. Hence the Torah law.”

Although the Rebbe’s secretary signaled several times that my time was up and I should leave, each time the Rebbe indicated that I should stay — he wanted to reply to all my questions. I walked out after almost an hour, feeling deeply moved by the caring attention the Rebbe had given to all my concerns.

I merited to experience several more life-transforming audiences with the Rebbe. And, although many thousands of people from all over the world had experiences similar to mine, that awareness does not detract one iota from my feeling that, in the Rebbe’s eyes, I was as precious to him as an only child.