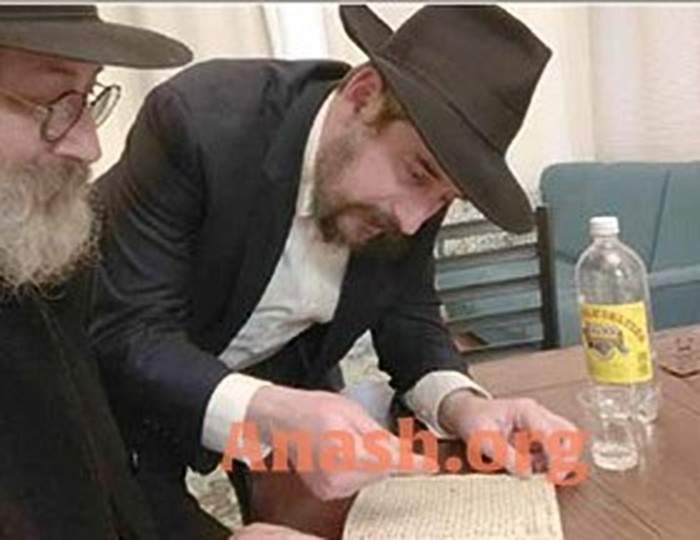 While many were celebrating Purim, there was an extra reason to celebrate at The Library of AGUCH, as they received manuscripts of never-before-published chassidus.

The treasures, that were brought to 770 by Rabbi Moshe Orenstein (Rosh Yeshivas Tomchei Temimim Netanya), included from of the Alter Rebbe and in the handwriting of the Mitteler Rebbe.

The  containing the is said to have been in the possession of the Rebbe Rashab and the outside cover has the handwriting of the Frierdiger Rebbe.

While details as to where these manuscripts came from and how they were procured are yet to be publicized, it is understood that incredible efforts have been put in behind the scenes to ensure that manuscripts like these make it to the Rebbe’s library.

Rabbi Orenstein has brought many rare and manuscripts to the library over the years, and brought his most recent treasure trove to the Ohel before leaving them at the Rebbe’s library.

Head librarian, Rabbi Sholom Ber Levin was present to accept the manuscripts and perused them with great excitement.