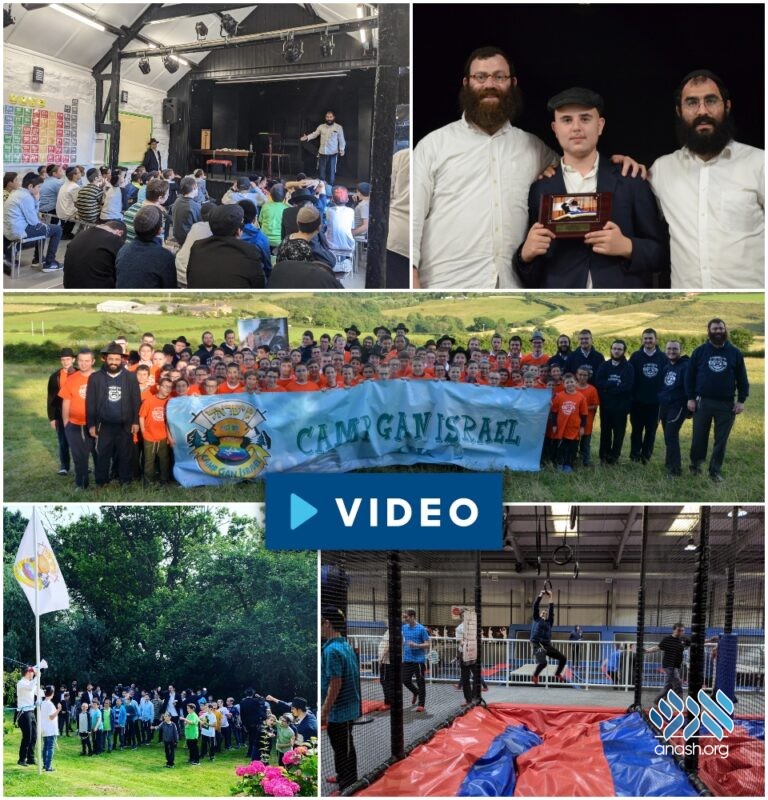 Camp Gan Israel for boys in the UK just finished the most successful summer experience after not having camp for two years, where the children were so uplifted after a very challenging year and a half.

The camp was held in a stunning boarding school in the scenic Robin Hood’s Bay in North Yorkshire right on the North Sea in England. Directed by Rabbi Shmuli Brown and Menahel Ruchni Rabbi Folly Dubov, an unprecedented number of boys enjoyed a fun-packed summer of learning and activities in a Chassidisher fun and lively atmosphere. Many came to the UK from abroad and quarantined for days before camp as they knew CGI UK offers the best possible summer experience one can dream for.

The dedicated, energetic and devoted Head Counselors Dovid Leib Morosov and Chaim Piekarski and the Masmidim Division Head Counselor Dudi Ashkenazi together with their remarkable talented, and devoted counsellors did an outstanding job, literally transforming the lives of many campers. Every counsellor knows CGI UK is a Shlichus and they maintain the connection with the campers for many years.

The amount of Mishnayus Baal Peh learned, Maamorim, Tanya Baal Peh and Hachlotas taken was outstanding, the entire camp got up very early and sat for more than 2 hours reciting Tehillim on Shabbos Mevorchim Elul! The children bid on hundreds of Maamorim to learn before Rosh Hashonoh just to get an Aliya or even dedicate to their counsellor.

The day after camp ended the positive feedback poured in from the parents, saying they have never seen their children change so much for the better over a summer period and they are counting the days till next year!

The Chayos in davening and bentching, the entire camp singing in unison with hands around each other’s shoulders by the Shabbos meals and all the beautiful stories, were amazing. The children had so much fun with the amazing trips from go karting, water sports, ice skating, swimming, boat ride, hikes, trampoline centre, midnight runaways, farbrengens, sports, activities, color war, the banquet and so much more.

At the end of camp each camper wrote a Pan to the Rebbe about their fabulous time over the summer and taking upon themselves hachlotas.

The children were spellbound by the general learning classes given by Rabbi Folly Dubov, who instilled Chassidishkeit in the campers throughout the duration of the camp in his unique way.

Massive credit goes to the Head Cook Rabbi Yechiel Wilhelm, his wife, the entire kitchen staff for preparing such gourmet food and going way and above beyond their job. Lots of thanks to GM Mendy Uhrmacher, his cos and the rest of the head staff for a summer that won’t be forgotten for a very long time.

The words of ‘Goodbye Gan Yisroel’ where every camper was singing with arms around each other and tears rolling down their cheeks is still ringing in the campers ears!