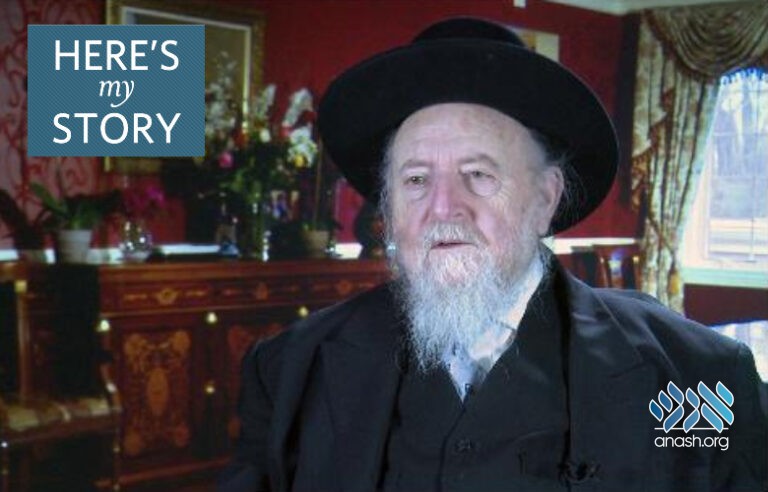 While serving as a community relations assistant to New York City Mayor John Lindsay, Rabbi Edgar Gluck merited to bring many New York politicians to the Rebbe, where he heard the Rebbe’s suggestions on matters of public policy.

For decades, Rabbi Edgar Gluck has been actively involved in the restoration of Jewish cemeteries in Eastern Europe and has served as a member of the US Commission for the Preservation of America’s Heritage Abroad. He was interviewed in June of 2017.

When I got married, I was already an ordained rabbi – having attended the Chasam Sofer yeshivah in Boro Park and then the Beis Medrash Elyon in Monsey – but when I went to work, I chose an unusual avenue for someone of my background. I became the assistant for community relations to US Congressman John Lindsay.

In 1965, when he decided to run for mayor of New York City, he asked me to set up meetings for him with the top Jewish leaders of the city, and the first appointment that I made was with the Lubavitcher Rebbe. They spoke for some time, and after Lindsay walked out, he said: “This man is brilliant.” He just couldn’t get over the Rebbe’s vast knowledge and the wise advice he gave him. And then he added, “Could I meet with him again after I’m elected?”

“Definitely,” I replied. “The Rebbe’s door is always open. And he wants to see leaders like you, so that he can give you some ideas how best to run the city.” In fact, Lindsay did go back several times, and he even helped get security for the Rebbe.

When the Crown Heights riots broke out in 1991, he was no longer the mayor, and the new administration was not as receptive. But I still had contacts in the police department, and I managed to arrange for a couple of unmarked police cars to escort the Rebbe when he traveled from Brooklyn to Queens to pray at the ohel, the gravesite of the Previous Rebbe.

The first time he went with the escort, I was there to make sure everything went well. The Rebbe noticed me standing behind his car in the driveway, and he signaled that I should come over to him. He looked through all his pockets and found a nickel and gave it to me with his blessing. That was one of the most precious gifts that I ever remember receiving.

Over the years, I saw the Rebbe on a regular basis. Apparently, word got out that meeting the Rebbe was a worthwhile thing to do because I was asked repeatedly to bring other politicians to him – notably US Congressman (later US Senator) Jacob Javits, who was the leading liberal Republican in Congress and head of the House Foreign Affairs Committee, and Louis Lefkowitz, who was running for re-election as attorney general of New York.

The Rebbe asked Lefkowitz: “I understand that you have a problem with crime in the subways – at what hours do the majority of these offenses take place?”

“If that is so,” the Rebbe said, “then I have a suggestion. If you can mobilize the retired police officers, you can use them to patrol the trains at night. You have thousands of retirees who are just over forty years old, since they can retire after twenty years of service. They already have health insurance, they already have uniforms and guns, and they have already gone through the necessary training, so the cost will be low. All you have to do is pay them for their time – the hours they actually walk back and forth on the trains. You just told me that it costs at least forty thousand dollars to add a new police officer to the payroll, but here you have everything for nothing.”

“The idea is fantastic,” Lefkowitz replied. “It’s one of the best ideas I’ve ever heard, but the police union will never let it happen. If we tried something like that instead of hiring new officers, they’d go on strike.”

When he said that, the Rebbe turned to me with a smile and said, “If he really wanted to, he could do it.” I think the Rebbe meant that if stopping crime was more important than getting union votes, it would be done.

As we were driving back, Lefkowitz said to me, “I wish I could take his idea, but I can’t go up against the union.” He also wanted to come to see the Rebbe again.

One of the last politicians whom I brought to the Rebbe was NY Governor Mario Cuomo, the father of the current governor. Before the meeting, he asked me many questions about the Rebbe, so when he walked in the door, he was a bit better prepared than some others I had brought previously. He was able to raise issues about Russian Jewry and other concerns that were important to the Rebbe.

On that occasion, I recall that the Rebbe gave me an extra dollar and said, “Gluck, the public activist – I wish you much success. Zol klingen in di gantze shtot – Let your name ring out throughout the city.” Hearing that from him was like a vitamin B12 shot to me – very energizing.