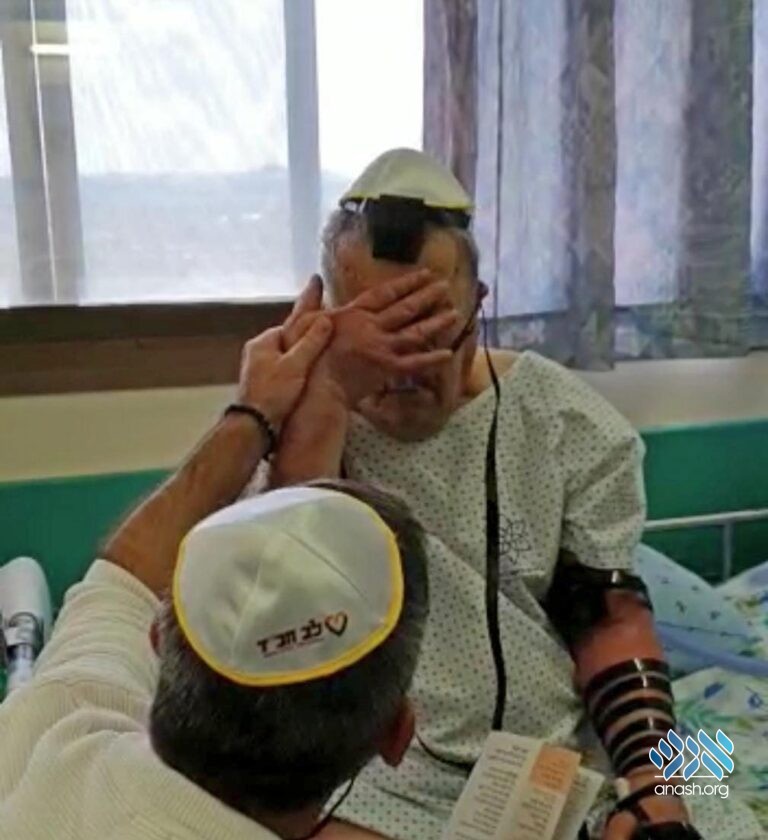 This was not your typical Bar Mitzvah–but it was definitely one for the books.

It was a bright, wintery Friday morning in Nahariya, northern Israel, when Danny celebrated his bar mitzvah.

This wasn’t your usual bar mitzvah, though; for one thing, the bar mitzvah boy was 83 years old, and for another, it was taking place on a bed in the LaGalil Hospital ward.

Danny, a Serbian surgeon who made aliyah to Israel over 50 years ago, is a survivor of Auschwitz. With no connection to Judaism or any interest in religious observance, he had never celebrated his bar mitzvah or wrapped tefillin, and that was just fine with him.

That is, until this past Friday.

That morning, Lev Chabad shliach Rabbi Chaim Krishevski made his rounds through the hospital ward. It was a typical day for the rabbi as he greeted patients with a familiar smile, handed out Shabbos packages and treats, wrapped tefillin with the men and distributed Shabbos candles to the women, all while spreading cheer and making notes of patients who needed further support.

He arrived at Danny’s room and sat with him for a while, inquiring after his health and asking if there was anything he needed. When he offered to wrap tefillin with Danny, he was surprised to see the older man become emotional.

“I’ve never been religious. I always refuse offers to wrap Tefillin,” Danny explained. “Your care touched me. I’m ready to do it now.”

And with that, at the age of 83, Danny finally celebrated his bar mitzvah.

Now, Lev Chabad is sending out more shluchim so that they can grow their reach and continue touching lives. You can take part by joining their annual raffle to win the car of your choice ($70,000 value) or $50,000 cash.

Get a chance to win the car of your dreams while bringing support, joy, and meaning to people like Danny. Either way, you win!

The Lev Chabad raffle ends in just 9 days, so now’s your chance to get your ticket, win your dream car, and make all the difference! Head to chooseyourcar.org to participate.