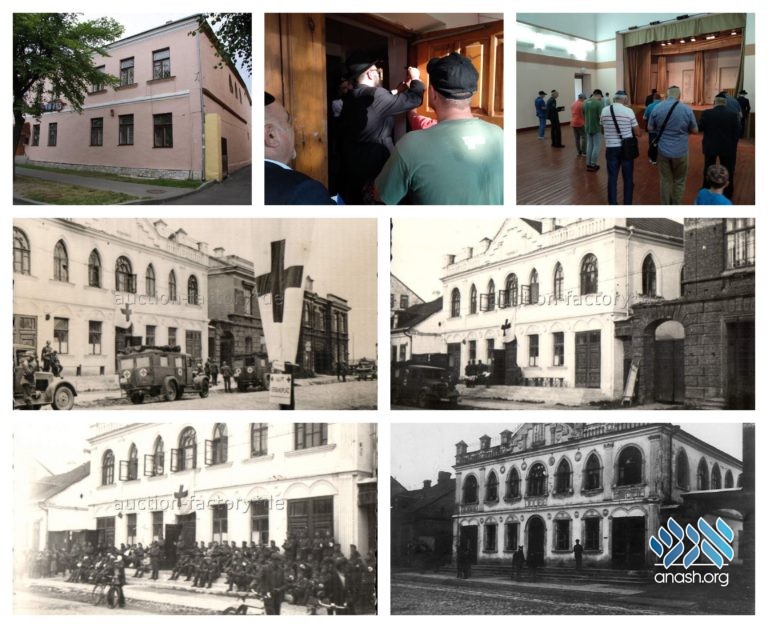 It’s been 78 years since the Nazis invaded Brest-Litovsk – the famed city of Brisk – in the summer of 5701/1941. Brisk was right on the Polish border and suffered major attacks on the first day of the German attack on Sunday, 27 Sivan/June 22nd.

Now, at least one of the famous shuls will have the sweet and joyous sounds of Torah and Tefilloh emanating from its walls. The Hekdesh Shul, built in 5646/1886, has been brought back to life!

Shliach Rabbi Chaim Rabinovitch, affectionately known as “Reb Chaim Brisker,” has been the shliach in Brest/Brisk since 5763/2003. Some 2,000 Jews live in Brisk, and Rabbi Rabinovitch and family provide them with their Jewish needs. Services provided are minyanim, a Mikveh, pre-schools, a Kolel Torah, a Kosher kitchen and more. Much thanks go to Rabbi Moshe Kotlarsky of Merkos and philanthropist Mr. George Rohr for their assistance.

After getting the shul back from the authorities, he has been working hard to renovate it and make it ready for use as a shul again. Today, the shul merited to have mezuzos placed there again, after 78 years!

There’s till much to be done in the Hekdesh Shul. You can help bring back some of the 800-year glory to Brisk by donating here.