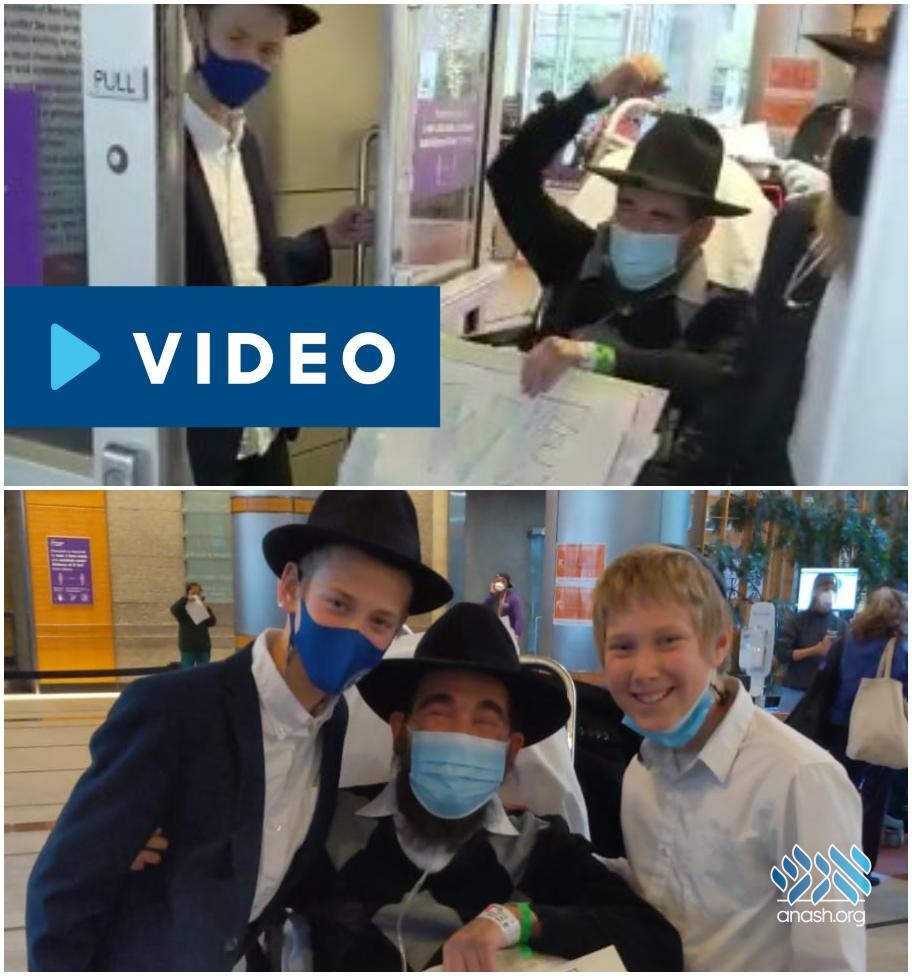 Rabbi Yudi Dukes, who was hospitalized for eight months with a severe case of COVID-19, and who had thousands davening for him, was released from the hospital on Thursday and is heading home.

Rabbi Yudi Dukes, who was hospitalized for eight months with a severe case of COVID-19 was released from the hospital on Thursday and is heading home.

Yudi was hospitalized for 241 days, one of the longest corona related hospitalizations in the world. Throughout it all, thousands around the world davened, learned and did mitzvos in his merit.

On Thursday Yudi was released from the hospital, and headed home to his family for the first time since Pesach. The date of the release, Yud Kislev, is the Chag Hageulah of the Mitteler Rebbe, and Yudi recording himself singing an impassioned ‘Podoh b’shalom’ before his release.

At the hospital, Yudi was greeted by his wife Sara Dukes, two of his children, and friends. As Yudi exited the hospital, his family and friends cheered and began singing, thanking Hashem for finally bringing his release.

Sara Dukes also expressed her appreciation to all those who helped them during the long eight months, even at times when things seemed grim.

“As Yudi is about to be discharged from the hospital and continue his recovery from home, Yudi and I want to make it clear that WE ALL DID IT!!!! We ALL played an instrumental role in Yudi’s miraculous recovery and in getting him to this point. We did it as a team- an army. Nothing could penetrate through us as a united front,” she said.

“We were completely invested in every way. The entire medical staff, children, YOU, US! All the prayers, psalms, good deeds, resolutions, financial contributions, visualizations, Torah learning, care packages, gifts, creations (songs and art), rides to and from the hospital, helping with home maintenance, homemade dinners for our family, help with our kids, shopping, visits with Yudi, positive thoughts, love, our heartfelt pleas to G-d, our belief, faith, and trust,” she said.