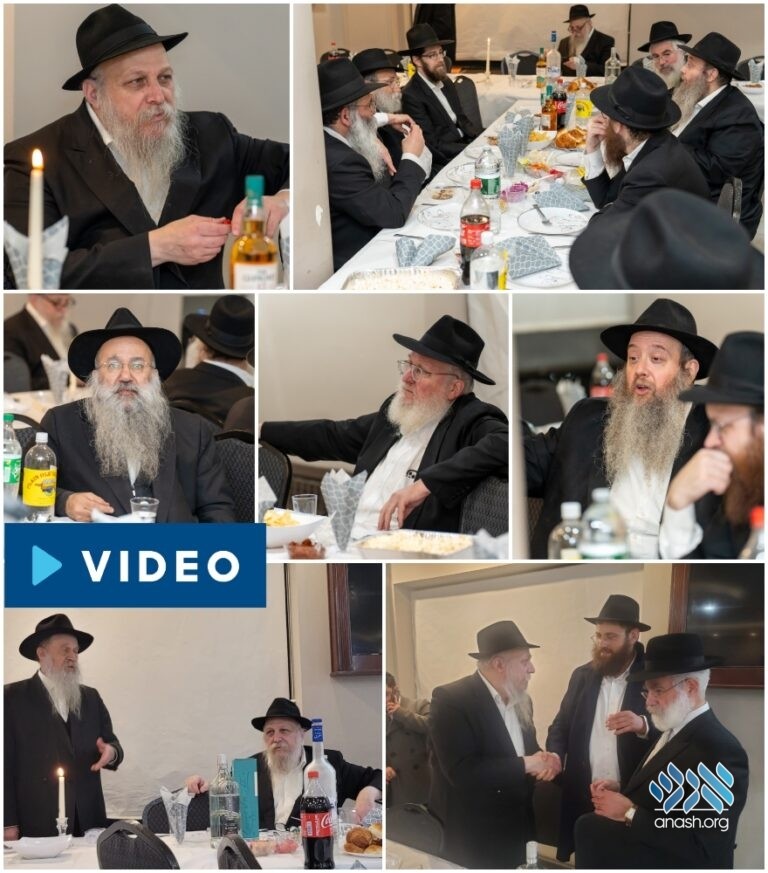 Rabbi Lazer Avtzon celebrated his 59th birthday this past Motzei Shabbos with a melava malka, held in conjunction with the annual gathering of The Association of Crown Heights Shuls, where a number of new initiatives were discussed.

The Association of Crown Heights Shuls, which comprises more than 95 Shuls, held its annual melava malka this past Motzoei Shabbos Parshas Toldos.

The Melava Malka was hosted by Rabbi Lazer Avtzon, the founder of the Association and Rav of Merkaz Sefarad, in honor of his birthday 3 Kislev, and was held in the Merkaz Sefarad Shul.

Rabbi Avtzon spoke passionately on the fact that the local shuls and their respective rabbonim, mashpi’im, presidents and gabboim are the front lines and first point of contact for local families.

Whether looking for help with shalom bayis, financial support, coping with children, sickness or death in the family chas veshalom, people turn to their local Rabbi or leader before anyone else, he said.

Even for farbrengens and shiurim, people are more apt to participate if held in their local shul, versus a community-wide event at 770 or some other venue, he noted.

“As such, there is a need for local shuls to take a greater leadership role and to be better equipped to handle the many situations and challenges they are faced with,” Rabbi Avtzon told the assembled shul representatives.

Several new initiatives were discussed during the event. They included creating a vaad hapoel of 5 or 7 local shul rabbis, and creating a website featuring all the shuls, with times of davening, shiurim and events of each shul.

The website will also compile a list of verified therapists, family and shalom bayis counselors, crisis intervention specialists, financial planners, and other such lists. Based on the success of these pages and needs, other items will be added to address additional needs.

To compile a list of people, both locally and from out of town, who can be called to farbreng, with topics they like to farbreng on and associated costs, etc

In coordination with the Badatz, to select topics of concern to the Schnuna so that all shuls discuss a particular topic each month.

A link will be shared with all shuls on a new free online platform developed by Sholom Pinson enabling Shuls to discreetly raise funds for local members with emergency needs.

As we are in a Hakhel year, to increase the number of unity farbrengens between neighboring shuls as there are some areas with numerous shuls within a one or two-block radius.

Following the official melava malka, many friends and family members came by to wish Rabbi Avtzon a Shnas Hatzlacha and a successful continuation of his many efforts in helping the Shchuna.