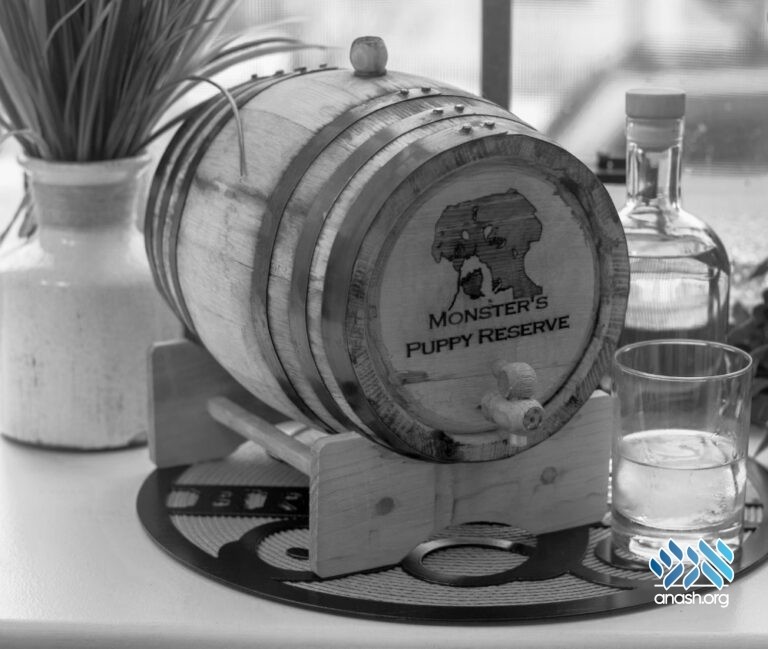 Having heard that the chassidim in Dokshitz gather to learn Torah Ohr while drinking punch liquor, the Rebbe objected. But the next time R. Areh Dokshitzer came for yechidus, the Rebbe told him to resume.

R. Aharon Kugel of Dokshitz (d. 5663) was a chossid of the Tzemach Tzedek, Rebbe Maharash, and Rebbe Rashab. He was a melamed in Dokshitz, and the Rebbe Rashab would correspond with him about Chassidus. As one of the elder Chassidim, the Frierdiker Rebbe would seek him out when he visited Lubavitch to hear his stories.

Every Motzaei Shabbos during the winter, chassidim would gather with R. Areh Dokshitzer in the large shul, where they would drink punch liquor and learn Torah Ohr. When R. Areh would return from Lubavitch in Cheshvan, they would prepare a large barrel of punch, and he would repeat all the maamorim that he heard from the Rebbe.

One time in yechidus, the Rebbe Maharash said to him, “I have heard that Dokshitz you drink punch and learn Chassidus. What connection is there between the two? Going forward, you should learn Chassidus without the punch.”

When R. Areh returned to Dokshitz, he repeated the Rebbe’s instructions and taught the maamorim without the punch. The next Motzaei Shabbos, the number of attendees dropped, and they continued to decrease in the subsequent week.

The next Tishrei, the Rebbe Maharash asked R. Areh how it was working out. Hearing of the results, the Rebbe said, “If so, make the punch and drink it; abi m’lernt Torah Ohr, so long as you learn the Torah Ohr!