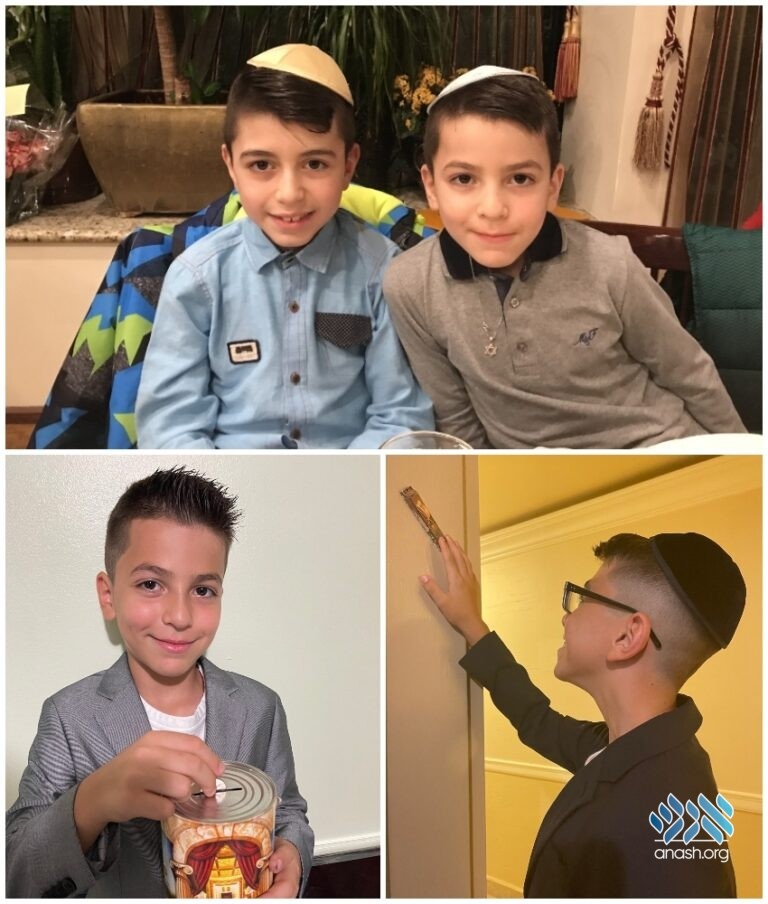 For the past year, Wednesday has been Released Time day for Joshua and Aaron Barayev. But this coming school year, they’re saying goodbye to their Brooklyn charter school and heading to Yeshiva at Be’er Hagolah Institutes.

For the past year, Wednesday has been Released Time day for Joshua and Aaron Barayev. But this coming school year, they’re saying goodbye to their Brooklyn charter school and heading to Yeshiva at Be’er Hagolah Institutes.

It’s a big step for the brothers, and their mother, Iryna, says it’s the culmination of their time at Released Time. “Enrolling our kids in the program was the beginning of their Jewish education,” she says. Iryna and her husband Aleksandr Barayev each made their separate ways to New York from the former Soviet Union in 1992 and 2005.

Although the Barayevs lived near a Jewish community, first in Forest Hills, Queens, and then in Brooklyn, the children never received a Jewish education and never were involved in the Jewish community. They heard about the Wednesday Jewish Hour from friends at school, and when they enrolled in September 2021, the brothers were not disappointed.

“My favorite part was to practice saying the Jewish blessings and the videos we watched on different Jewish topics,” Aaron says, “Also, I liked to see my Rabbis and my other Jewish friends every week.”

Eventually, the brothers enjoyed learning about Judaism so much that one hour on Wednesdays wasn’t enough anymore. They also began joining the Released Time Zoom class weekly and soon signed up for Released Time’s winter day camp. “I did the winter day camp,” Joshua says, “I enjoyed it so much; we went on trips, saw different places, and I was happy to be with my Jewish friends.”

The Wednesday Jewish hour kindled their interest in Judaism, and after experiencing their first taste of Jewish learning, the brothers wanted to take the next step. “The classes made me realize I want to continue my education in Yeshiva,” Aaron says. “I realized I am a Jew, and after learning about Jewish culture and reading the Torah, it made me understand where I belong.”

The Barayev brothers are not alone. Released Time program coordinator Rabbi Sadya Engel says tens of other children are making the same move ahead of the 2023 school year.

In the past six years alone, the NCFJE’s Released Time program helped transfer more than 400 children from public schools into Yeshivahs. “While we are focused on boosting attendance at our Wednesday program, the Released Time program’s ultimate aim is to integrate students into a full-time Yeshiva,” says Rabbi Yehoshua Schneur, Assistant Director of Released Time.

As he begins the new year in his new yeshiva, Aaron reflects on the year that made it possible. “I think I became a much nicer person,” he says, “I learned to be more mature, to help other people, and I feel prepared and comfortable heading into Yeshivah.”

Seeing their sons enter yeshiva is a real milestone for the proud parents. “It’s a special step,” Iryna says, “Thanks to their experience at Released Time, our children developed lasting positive emotional connections with Torah, Shabbat, and Jewish values, which will help them cherish their Jewish identity throughout life.”

Please consider partnering with Released Time to ignite the souls of thousands of Jewish children in public schools across NYC. Donate now at Jewishhour.org/donate.