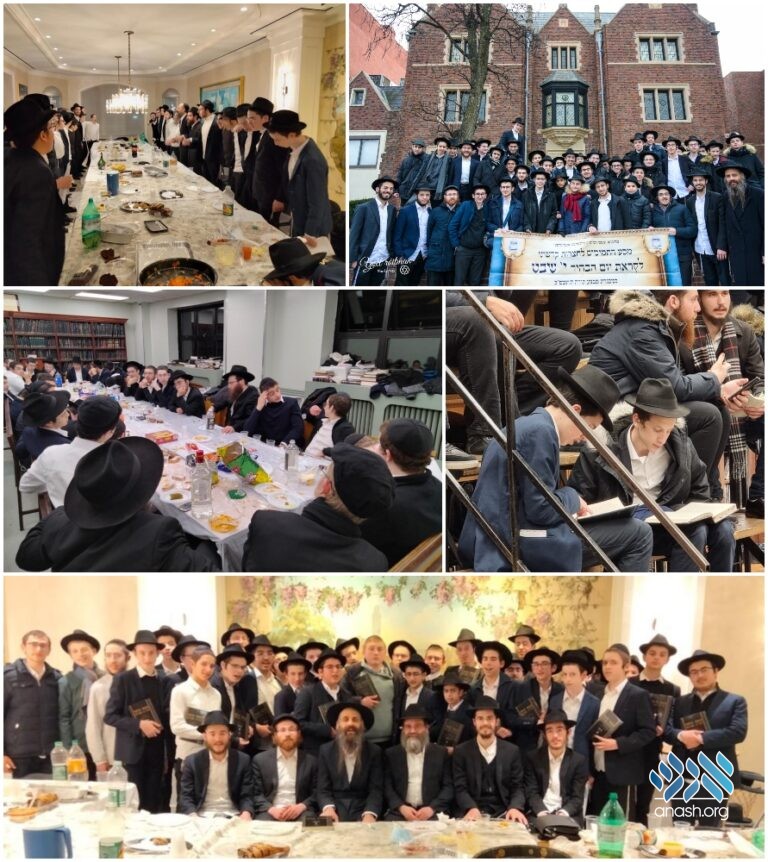 Two grades from the Mesivta in Antwerp traveled to New York for Yud Shvat, spending the weekend davening, learning, visiting 770, the Ohel and the Rebbe’s house, and enjoying unique farbrengens.

Two grades from the Mesivta in Antwerp traveled to New York for Yud Shvat, spending the weekend davening, learning, visiting 770, the Ohel and the Rebbe’s house, and enjoying unique farbrengens.

The Yeshiva in Antwerp, headed by rosh yeshiva Rabbi Mendel Tvardovitz, and Rabbi Shabtai Slavaticki, Belgium’s head shliach and chief mashpia of the yeshivah, caters primarily to the sons of shluchim from around Europe, giving them a mesivta nearby to home where they can send their sons.

Preparations for the trip began weeks in advance with an intensive hachana program, which involved learning a large part of maseches Shabbos and sugyos in Chassidus. Finally, as Yud Shvat approached, the bochurim were ready for the trip.

Arriving in New York, the bochurim utilized every moment to learn, daven, farbrengen and strengthen their hiskashrus to the Rebbe.

The bochurim visited 770 and the Ohel, toured the Rebbe’s library and davened in the Rebbe’s home. They also heard a shiur from Rabbi Berel Levine, chief librarian of the Rebbe’s library, and farbrenged with Rabbi Yisroel Shimon Kalmenson of Lahak Hanachos, Rabbi Psachya Korf, and a unique farbrengen with Rabbi Moshe Klein, who told stories of his experiences with the Rebbe after Chof Zayin Adar 5752.

On Motzei Shabbos a melava malka in the home of Reb Berel Junik, where the bochurim were treated to a full spread, and heard inspiring addresses from the host and their hanhala. The melave malka concluded with a joyous dance, and many bochurim accepted hachlatos for the coming weeks.

The yeshiva’s hanhala gave a special thank you to the talmidim hashluchim who worked hours upon hours to make the trip the success it was.