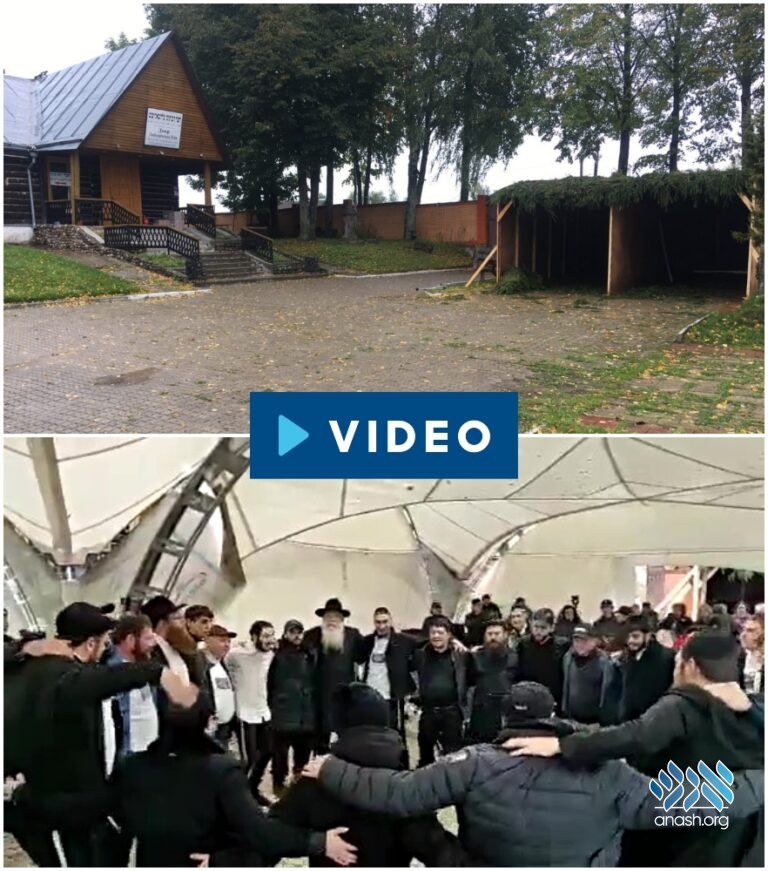 Over Sukkos, a large sukkah was built in the chotzer of the Rebbeim in the town of Lubavitch to host the large number of guests. A grand Simchas Beis Hashoeva was held as well.

Hundreds of guests visited the town of Lubavitch over the Yom Tov of Sukkos to tour the holy sites and daven by the Ohel of the Tzemach Tzedek and Rebbe Maharash.

To accommodate the guests, a large sukkah was built in the chotzer of the Rebbeim, which had once hosted countless chassidim during the time it served as the headquarters of Chabad Chassidus.

On Sunday, the fourth day of Chol Hamoed, an especially large crowd of guests from around Russia gathered in Lubavitch for a grand Simchas Beis Hashoeva.

Famous Jewish singers from across the country joined the event, the first of its type since before the Holocaust. Arranged by Rabbi Gavriel Gordon, shliach to Lubavitch, the event was initiated and led by Rabbi Yitzchok Kogan, director of Aguch of Russia, and rov of the Bolshaya Brunia Synagogue in Moscow.