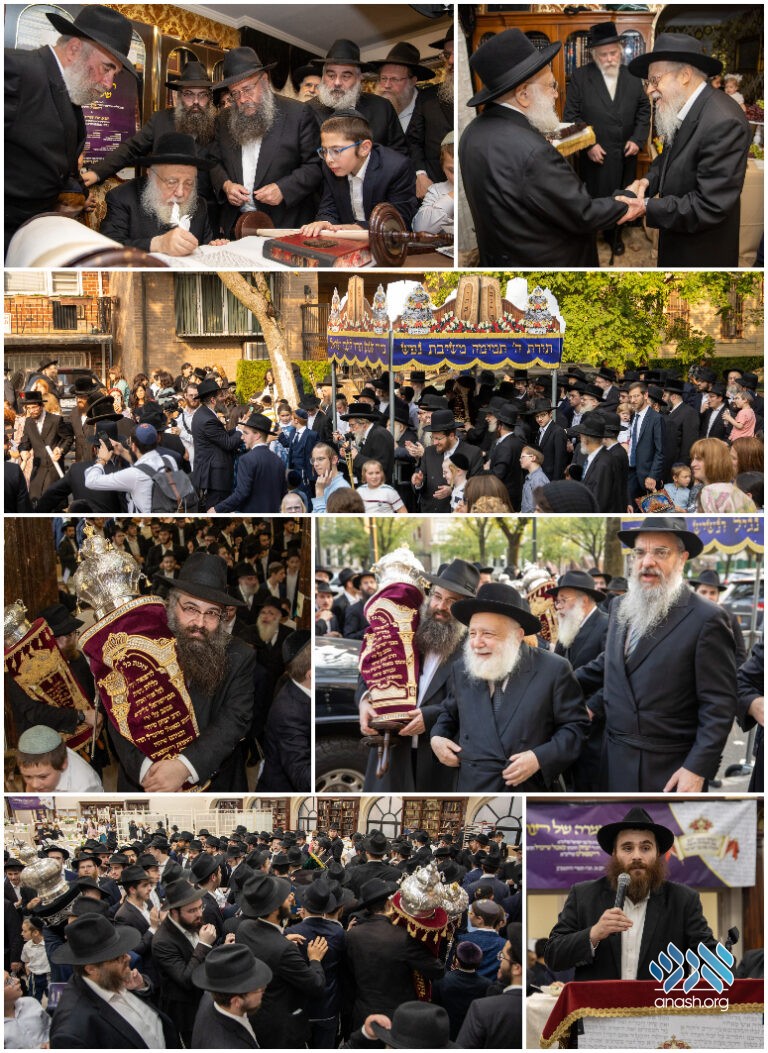 A new Sefer Torah, dedicated by Harav Yitzchok and Rebbetzin Shaindel Raitport in the zchus of Klal Yisroel, was welcomed in the Oholei Torah Beis Medrash in Crown Heights, with Hanholas HaYeshiva and talmidim joining in the celebration.

A few weeks ago, a Sefer Torah, written for the yeshuah and refuah for all those in need from Klal Yisroel, under the initiative of Harav HaGaon Yitzchok and Rebbetzin Shaindel Raitport was completed.

Being the Sefer Torah was written in zechus of Klal Yisroel, HaRav Raitport felt it only proper to make the hachnosas Sefer Torah in the Oholei Torah Beis Medrash, where the talmidim not only learn and grow in Torah, they also dedicate themselves for Klal Yisroel, as Shluchim of the Rebbe.

The Siyum began in the Raitport home, in Boro Park, with the attendance of many Chassidishe Rebbeim, rabbonim and Rosh Yeshivas. A tahalucha began in Boro Park, then continued in Crown Heights in front of Oholei Torah.

The Hakofos and Seudas Mitzvah were held in the Raitport Beis Medrash with many members of the community members, Hanholas HaYeshiva and talmidim of the recently expanded Zal.