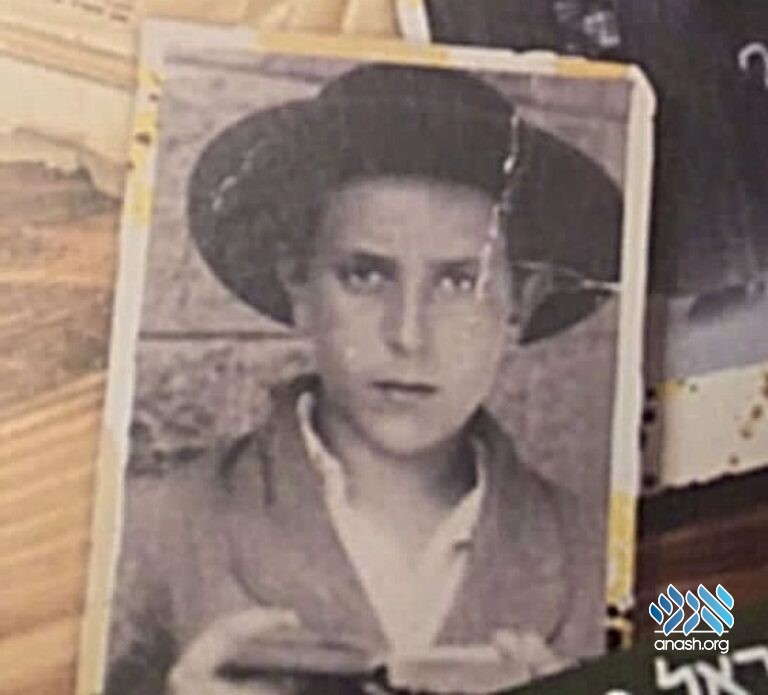 Motzei Shabbos Story: As Rosh Hashana approached in the Siberian work camp, young Meir noticed that with each passing day his grandfather grew more and more depressed. “How will we blow the shofar?” he cried.

It was the end of the brief Siberian summer, sometime in the early 1940’s. My grandfather, Rabbi Meir Halberstam, a young boy of 13, was imprisoned in a work camp together with his grandfather, the Rebbe of Zmigrad, Rabbi Sinai Halberstam.

Before the war, in 1936, young Meir had moved to the holy city of Jerusalem with his family. In honor of his upcoming bar mitzvah, his father sent him back to Poland to celebrate the auspicious day in the Chassidic court of his holy grandfather. He arrived in Poland just as the rumble of imminent war was making itself heard. Disciples, family, and community members were all scrambling to save their lives. Young Meir, unable to return to Jerusalem, escaped with his grandfather and immediate family to Russia. At last they were safe, or so they thought.

The Russian government seized the opportunity to put the many Polish refugees that now flooded the country to work. Meir, his grandfather, and their entire entourage, were charged as enemies of the state and sentenced to heavy labor on the unforgiving Siberian tundra.

Rosh Hashanah approached as the fleeting summer abruptly ended, replaced with howling, bone-chilling winds. Young Meir noticed that with each passing day his grandfather grew more and more depressed. “How will we blow the shofar?” cried the Rebbe. Although he had with him the holy shofar that had been passed down from his ancestors, the thought of being caught by the evil Russian guards filled him with dread.

Two nights before the holiday young Meir devised a daring plan. He awoke in the middle of the night and wrapped cloth around his hands and feet in order to muffle any sounds he might make. From his window, he watched the guards drinking raucously and dancing late into the night. He waited until they were slumped over in a drunken stupor before quietly trudging through the wind and cold to the front of the camp where a giant bell stood. He looked in every direction and shimmied up a tall post until he reached the top of the bell. Mustering all his strength, he unraveled the rope holding the bell up, and watched it crash to the ground where it shattered into thousands of tiny pieces. Just as quickly and quietly he slid back down the ground and returned to his barracks.

The next morning there was an uproar. The guards saw the broken bell and realized they now faced a massive hurdle. How would they wake the prisoners each morning? It would take weeks, if not months, until they could procure a new one! By the time the prisoners were up, the guards were angrily looking for someone to blame.

Meir quietly told his grandfather of the brave mission he had carried out the previous night and explained his plan.

His uncle stepped forward and offered to help the head commander solve the problem. He had an old shepherd’s horn, he explained, that his father would gladly blow each morning to wake the prisoners until they received a new bell. The commander demanded he bring the horn at once. The Rebbe arrived, shofar in hand, and began to blow clear blasts that carried clearly through the camp.

“Let me blow it,” the commander yelled, grabbing the shofar from the Rebbe’s hands. He brought it to his mouth, but no matter how hard he blew, no sound emerged. At this moment of frustration, young Meir’s uncle advised the commander that his father was a “professional horn-blower,” and perhaps he should be the one to sound the horn each morning. The commander acquiesced and appointed the Rebbe the position of “official waker.” Until a new bell was mounted, it would be his responsibility to wake the prisoners each morning.

Word spread quickly throughout the camp, and soon all the Jewish prisoners knew that the Rebbe of Zmigrad would blow his holy shofar the following morning, the first day of Rosh Hashanah. As the sun snuck over the horizon ushering in the frosty morning, the Jewish prisoners were up and ready, eagerly awaiting the familiar sounds. The Rebbe wept as he blew, the prisoners cried and prayed, and young Meir shook proudly as he watched the piercing notes of the shofar break through the darkness and flood the camp with hope and strength. It was a shofar blowing he knew he would never forget.

It took many more hardships until my grandfather made it back to the shores of Israel (then Palestine), where he was welcomed joyously and celebrated for the great miracles he had merited.

As a grandchild of Reb Meir Halberstam, of righteous memory, I only recently heard this story and it made a deep impression on me. I have always experienced Rosh Hashanah as a time of hope and positivity, confident in the belief that G‑d will embrace us and usher us into a beautiful and sweet new year. I try to think about the shofar blowing that my grandfather orchestrated all those years ago, and the strength that it gave him and the other Jews who heard it. Perhaps this year, if I close my eyes and listen with my soul, I will hear the same sounds of faith, courage, and hope that my grandfather heard on that bitterly cold Siberian morning.