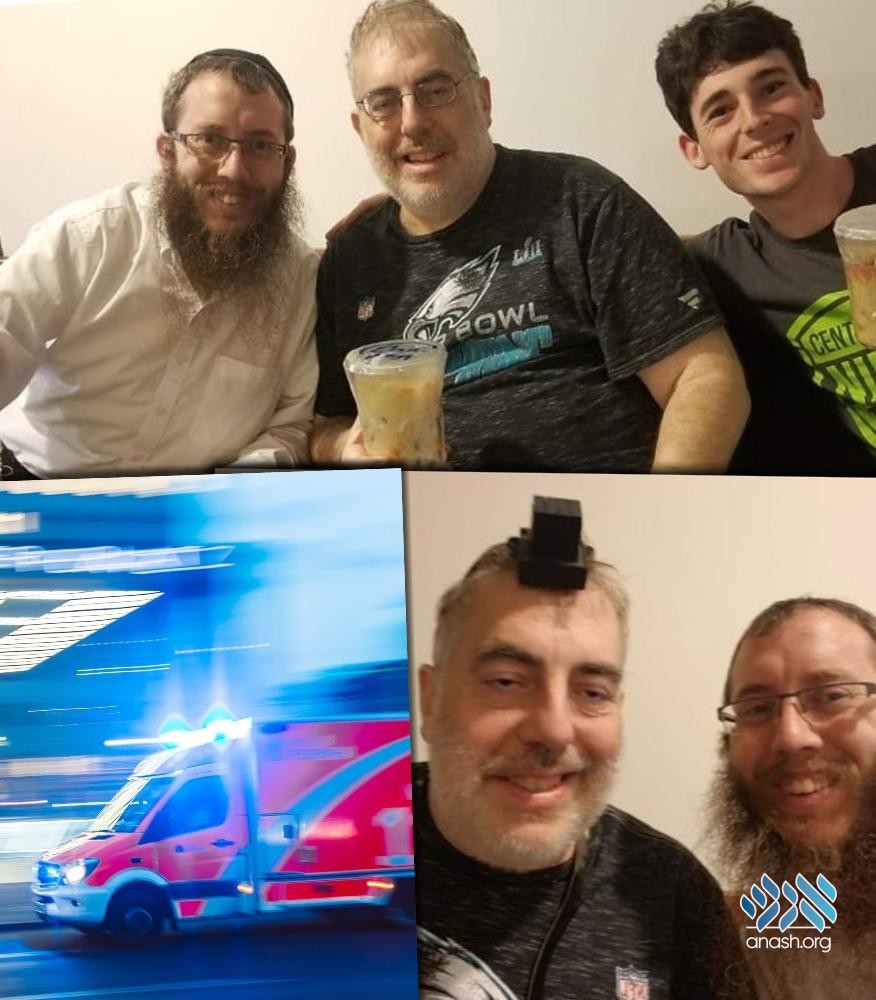 When an American lawyer living in China fled from China to Cambodia earlier this year to escape the coronavirus pandemic, he was not expecting something even worse to happen to him. Thankfully, a shliach stepped in to save the day, and his life.

When David Ginzberg fled from China to Cambodia back in February earlier this year to escape the quickly spreading coronavirus pandemic, he had no idea that matters would develop into the stuff of horror movies.

A native of Philadelphia, Ginzberg was born to a Jewish family but grew up with little Jewish education. An attorney by profession, he eventually moved to the Far East to practice law, ultimately settling in Shenzhen, China, where he has been living for the past eight years.

Throughout his time in Asia, Ginzberg would frequent Chabad centers sprinkled across the continent, with stints in Japan and other parts of China. It was in these distant locales—far away from the bustling Jewish communities of his youth in Pennsylvania—that he first started gaining appreciation for Jewish community and the sense of belonging it brings in a place so far from home.

“While praying Friday nights at Chabad,” relates Ginzberg, “often I would sit there watching the services and appreciating being with ‘my’ community. While I did not understand the prayers, and I could neither recite them nor follow them, I felt an attachment to Jews all over the world spanning the millennia.”

As the virus swept across China in the beginning of this year, Ginzberg noticed from his office window in Shenzhen that everyday life was changing. The usual throngs were much thinner, if not entirely absent, and everything pointed in the direction of a real catastrophe in the making.

At that time, the world did not yet know that the coronavirus would spread so dramatically, rendering borders meaningless; rather, it appeared to be a problem limited within China. Looking for a neutral place to escape to and ride out the virus, Ginzberg found his spot: Cambodia. As one of the few countries left with a border still open, relatively affordable flights to boot and familiarity from past business trips, Ginzberg soon found himself on a flight to Phnom Penh.

Touching down on Cambodian soil and making his way to a familiar hotel in the center of town, Ginzberg followed his usual protocol in Asian countries and got in touch with Rabbi Bentzion Butman, co-director with his wife, Mashie, of the Chabad Jewish Center in Phnom Penh.

“It was then, right away, that I immediately noticed just how exceptional this rabbi is,” says Ginzberg. “He was not only welcoming, he asked me to come by the Chabad and meet him. We had a very friendly meeting, and I was greatly looking forward to Friday-night services.”

Alas, it wasn’t meant to be.

The next morning, when hotel staff came by for room service, they were met with the horrific sight of a gentleman lying in a pool of blood on the floor. Familiar with Ginzberg from previous trips—and friends with him and his son on Facebook—the hotel manager communicated with Ginzberg’s son in the United States, acting quickly and calling for an ambulance to take him to the hospital.

The situation was so severe that at first, the ambulance didn’t even want to take him to the hospital. It was only after much cajoling from the people at the scene that Ginzberg was finally rushed to the local public hospital in Phnom Penh.

“I woke up in the ICU tied to a bed with tubes coming into me,” he recalls. Rapidly losing blood and with little resources in a country on the other side of the world, the situation seemed dire.

Regaining consciousness and barely able to move, Ginzberg retrieved his phone and wallet from the hotel manager, who came by to visit. With the little strength he had, he put in a call to Butman to apologize for not making it to services. When the rabbi probed further and realized that his newfound friend was in the hospital, the rabbi dropped everything and came running over.

As Ginzberg puts it, “Rabbi Butman arrived on the scene, and he was like Superman, with a literal SWAT team.”

Butman took complete charge of Ginzberg’s care, along with the help of a Jewish American doctor in the U.S. Navy stationed in Cambodia. As it turned out, one of the major complications was a shortage of blood: The blood bank in Cambodia is stretched thin even in good times, as there simply isn’t enough to go around. With Ginzberg losing blood at such a rapid rate, he desperately needed a transfusion—with none to be had.

The Jewish community of Cambodia, under the leadership of Butman, responded to the call: Arranging an impromptu blood drive from all their members, the rabbi was able to bring the precious elixir with him back to the hospital and save Ginzberg’s life.

In a series of meetings, the hospital staff made it clear to Butman and Ginzberg’s son, Etan, who had arrived from the States, that he would need a medical airlift to Thailand for treatment. The cost of the airlift? $16,000. The cost of the hospital in Thailand? $50,000. All payable in advance.

Without insurance to cover the costs, Butman started a GoFundMe campaign, but in the meantime, he kept whipping out his personal credit card and running up a bill of thousands of dollars to keep up the medical care.

“I consulted with my friend in the Navy, and we learned that the sophisticated treatment advised that required airlifting to Thailand was not really necessary, and with proper care, David could be treated here locally,” Butman told Chabad.org.

So, the rabbi brought his personal car to the door of the hospital, transferred Ginzberg out of the first hospital and into a private, Japanese hospital in Phnom Penh that he had arranged.

The staff at the Sunrise Japan Hospital Phnom Penh quickly diagnosed their new patient and Ginzberg slowly recovered. Every day, Butman would visit, taking an active role in the recovery, making sure that everyone else was taken care of along the way, including a hearty portion of matzah-ball soup—the first thing Ginzberg was able to eat in two weeks.

Thank G‑d, all’s well that ends well, and Ginzberg is currently healthy and back in Shenzhen.

Recalling the traumatic experience, he told Chabad.org, “People say when you die, your life flashes before your eyes. I had no such experience. Only excruciating pain and terror. And that’s where Rabbi Benzi really stepped in and saved my life.”

When asked why he went to such lengths, Butman didn’t really even understand the question.

“The Baal Shem Tov explained that a soul descends upon this world for 70 to 80 years just to one Jew a single favor,” he explained. “In many places in the world, a Jew can perhaps lull themselves into a sense of complacency, comfortable with the knowledge that there’s probably another fellow Jew or organization that can help someone who really needs it. In Cambodia, I don’t have such luxuries. There’s no one and nothing else. If another Jew needs help, I am the one who must answer the call.

And knowing that,” he said, “is tremendously empowering.”