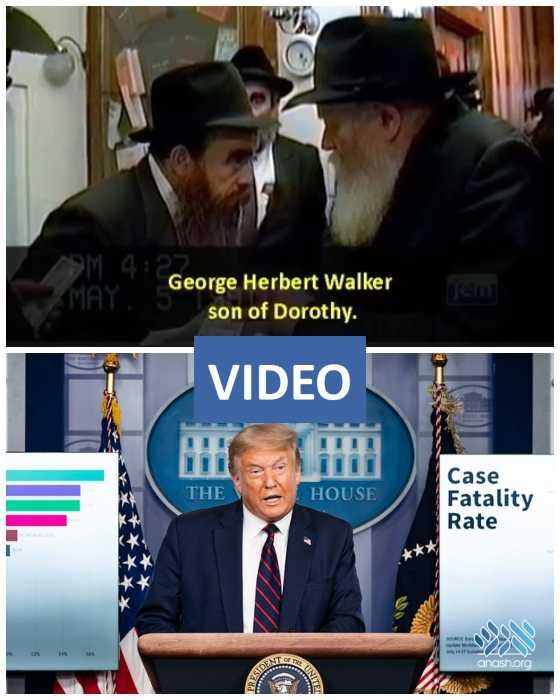 Nearly 30 years ago, when President George H. W. Bush was rushed to the hospital after suffering from an irregular heartbeat, Rabbi Avrohom Shemtov asked the Rebbe for a blessing for the President’s health.

President Donald Trump announced early Friday that both he and first lady Melania Trump tested positive for COVID-19 and will quarantine at the White House.

“The president and first lady are both well at this time, and they plan to remain at home within the White House during their convalescence,” Dr. Sean P. Conley, the White House physician, said in a statement, adding: “Rest assured I expect the president to continue carrying out his duties without disruption while recovering, and I will keep you updated on any future developments.”

Nearly 30 years ago, on May 5th, 1991, President George H. W. Bush was rushed to Bethesda Naval Hospital after suffering from an irregular heartbeat following his morning jog.

The next day, Rabbi Avrohom Shemtov, The Shliach in Philadelphia and the Rebbe’s representative to Washington, DC, asked the Rebbe for a blessing for the President’s health.

The Rebbe noted that the method for praying for a non-Jew is with their father’s names (as opposed to Jews, who evoke God’s blessings with their mother’s names). The Rebbe then replied with a blessing, as well as urging the president to further peace in the mid-east.

The Rebbe’s next remark seems to foreshadow the Bush Administration’s eventual opposition to providing Israel with loan guarantees, with the Rebbe urging that they at least not minimize the US’s support of Israel.