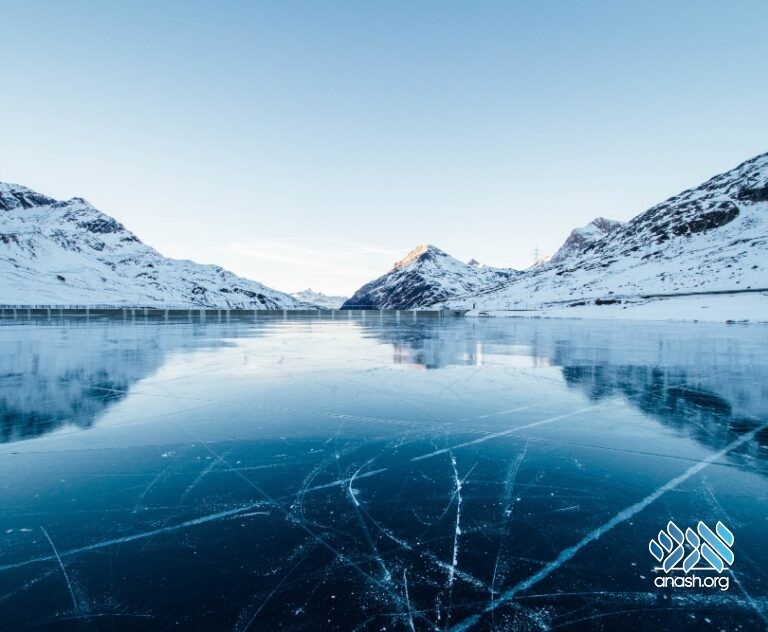 Motzei Shabbos Story: The businessman scorned religious Jews, and chassidim in particular, but his wife was a devoted follower of Reb Meir of Premishlan. When she finally convinced him to accompany her on a visit, the encounter made a profound effect on his life.

Nasan Shimon was a highly successful businessman whose affairs caused him to spend much time in the cities of Yasi, Galetz and Chernowitz, which were on the border between Austria and Romania. The police on both sides of the border knew him well.

Nasan Shimon was not a very G-d fearing Jew. In fact, he scorned and ridiculed the practices of observant Jews and barely kept the minimum of mitzvot. His wife, Rachel, on the other hand, had been brought up in the home of a fine chasid, a devoted follower of Rabbi Meir of Premishlan, and had absorbed the worthy traits of a good Jewish woman.

After her marriage, Rachel traveled frequently to Rebbe Meirl, for years had gone by and she was still childless.

Her husband looked askance at these visits; he had no faith in rebbes and their practices and considered them foolish. Despite Nasan Shimon’s attitude, whenever business took her husband away from home for an extended period, Rachel would pack up her own things and go to visit Rebbe Meirl.

The tzadik did not bless the childless woman or promise her anything. He just repeated each time that only if she came together with her husband would he be able to help her.

Rachel returned from each visit deeply depressed. She knew how impossible it would be to bring her husband to Premshlan. He disapproved so vehemently of her visiting the Rebbe; it was preposterous to think that she could get him to accompany her there. And yet, she never gave up. At each opportunity, she would go again, hoping against hope, that the Rebbe would relent and bless her, even though she had come alone.

Upon one of her visits, however, she received a different answer than the usual one. This time, the Rebbe advised, “Return home right away. Your husband will shortly be returning from a business trip to Galetz. When he arrives, tell him that ‘Meir of Premishlan orders him to come at once.’ We can assume that he will refuse. In that case, remind him, in my name, that the day before yesterday, on Thursday, Lag b’Omer, he attended a party of gentiles and spoke disrespectfully of me. I am certain that when he hears this reminder, he will agree to go with you. And when he does, I promise that you will be saved.”

With a heart full of hope, Rachel returned home to await her husband’s arrival. The minutes dragged by, but, finally, she heard his footsteps coming up the walk.

As soon as he entered the house, she burst out, “Rebbe Meir ordered us to go to him at once.”

His response was the usual one of scoffing and ridicule. “Can you see me going to a Rebbe? That is truly an amusing idea! That I should go to Premishlan? Ha! Ha! Ha!”

Rachel was not to be put off. She, then, told him what the Rebbe had said. As Nasan Shimon heard his affairs being revealed in such detail, he grew pale. How had the Rebbe known what he had said? How could the Rebbe in Premishlan know what had happened within a closed circle in faraway Galetz? He was so stunned by the revelation that he agreed to go to Premishlan.

However, he did not want anyone to know that he was going there since, having no business in Premishlan, his friends would suspect him of having gone to the Rebbe. He was not ready for their teasing and, therefore, told his wife that they would travel to Lemberg first and transfer to a different coach there.

When they reached Premishlan, they hurried to the Rebbe. The husband entered the Rebbe’s study first alone and said, “My name is Nasan Shimon ben Rivka Raizel and I come from Shatz.”

“What do you want?” the Rebbe asked.

“I want the Rebbe to bless me with a son.” He took out a note with his name on it and laid it on the table together with a respectable sum of money.

Nasan Shimon was overwhelmed. How had the Rebbe known that, too? He was so impressed with the Rebbe’s powers that he decided to return home and follow his instructions.

When he returned home, he found many pressing matters waiting for him, things that had accumulated during his absence and that required his immediate attention.

“We will go together to the Rebbe for Shabbos Nachamu,” he promised his wife. Rachel was overjoyed.

Nasan Shimon kept his word. The couple traveled to Premishlan directly from Shatz. The Rebbe greeted his visitor warmly and, the following day, on Shabbat, at the afternoon Mincha service, he honored him with the aliyah that included the verse, “There shall not be a sterile or barren person among you” [Deut. 7:14], laying special emphasis on those words. Nasan Shimon was so moved that he prepared to offer a large sum during the following ‘Mi sheberach’ blessing for whoever comes up to the Torah scroll, but the Rebbe stopped the Reader before he could say, “because he pledges to give….”. Instead, he himself filled in, “….because he has promised to help a Yisrael.” This left Nasan Shimon thoroughly confused. What was the Rebbe referring to? Help a Yisrael? When? How?

Right after the prayers Rebbe Meirl took his visitor aside and partially explained the mystery. “There will come a time when you will be called upon to help a righteous Jew, a tzadik, in distress at great risk to yourself. If you undertake, now, to help that worthy Jew when the time comes, then I guarantee that you will have a son, even before you are required to help him.”

“I promise to help!” Nasan Shimon cried out fervently, not even knowing what he was getting himself into. Shortly thereafter, the Premishlaner’s blessing bore fruit; Rachel became pregnant and a son was born to the exhilarated couple.

A year went by. Then, one night, Rabbi Yisrael of Ruzhin reached the Austrian-Romanian border, for he was fleeing to safety from the oppressive Russian police who had threatened to send him to Siberia. In Austria, his chasidim felt, the Rebbe would be safe.

The problem was how to smuggle the Rebbe across the border.

A small group, consisting of the Ruzhiner Rebbe and several chasidim, reached a border city. Nasam Shimon happened to be staying there, just then. When he heard the Rebbe wished to cross the border to safety, he remembered his promise to Rabbi Meir of Premishlan. This was the test that the Rebbe had had in mind. This was the ‘Yisrael’ whom he had mentioned — Rebbe Yisrael of Ruzhin.

Nasan Shimon left his lodgings and went to the Ruzhiner. He presented himself to the tzadik saying, “I can deliver the Rebbe across the border. I know the crossings well and have friends among the police and border patrols. With G-d’s help I will be successful.”

R’ Yisrael put himself into the hands of this Jew who had volunteered his services. They set out at once.

There is a small river forming a natural border between Romania and Austria. It was a freezing night and a thin layer of ice had formed on the river. Nasan Shimon, who knew the way well, decided that he would carry the Rebbe on his back. Although he would have to walk across thin ice, he was confident that the combined merit of Rebbe Meir of Premiszlan and of Rebbe Yisrael himself would protect them. He unfolded his plan to the Ruzhiner. The latter agreed. “But let us wait until after midnight. It will be safer then,” he suggested.

Shortly after midnight, they approached the river. Nasan Shimon took the Rebbe on his back and slowly and hesitantly, he groped his way in the dark, testing the ice at each step before trusting his weight to rest on it. It was precarious; at any time the ice could shatter and they would be plunged into the freezing water and then….almost certain death.

Nasan Shimon was dripping with perspiration, even though his very breath froze in mid-air. The exertion and the tension were taking a toll. He was not used to such demanding physical effort; he was someone who always traveled by private coach.

Danger surrounded him from all sides: before and behind — the border patrols, below — the hazardous layers of thin ice and all about the chill of the frosty night. The short distance took an interminable long time, what with the heavy burden on his back and the need for caution.

When Nasan Shimon reached the middle of the river, he suddenly stopped and looked all about.

“Is anything the matter?” the Rebbe asked.

“No,” he reassured his passenger, “But I think that now is the time and the place for me to acquire for myself of a portion in the world-to-come. I must confess, Rebbe, that, in the course of my life, I have sinned greatly. I have deceived and stolen and done many other shameful things, enough to guarantee that I burn in Gehinom. Now, here we are on the ice in the middle of the river. If you will not assure me that I will enter Heaven, Rebbe, then I will not move from this spot.”

“Oh, I promise you that!” cried out Rabbi Yisrael. “I rejoice that at such a moment you are able to think of such things!”

Having received his answer, Nasan Shimon continued to inch his way forward, step by step, across the slippery and treacherous ice. Hours later, Nasan Shimon and his precious passenger reached the Austrian border town of Kimpling. They were safe!